All-new HBC compact SUV will be based on the CMF-A+ modular platform; to rival Maruti Suzuki’s Vitara Brezza. 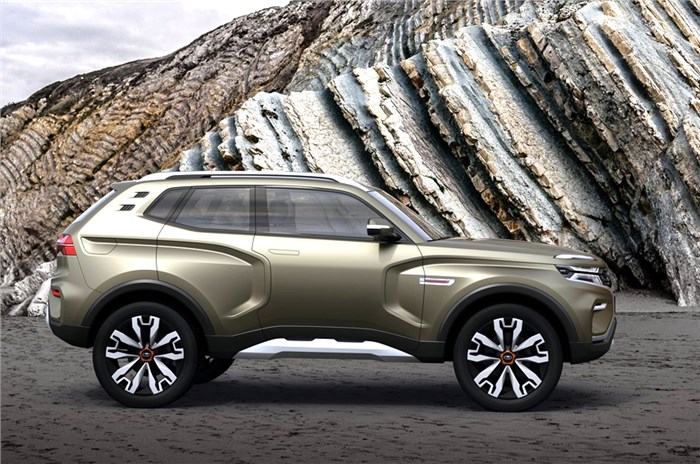 Having just launched the Triber, Renault has already begun work on its next product for India – a new compact SUV that is codenamed HBC. The company is readying a global debut of this new SUV in the coming months, which means an Auto Expo 2020 debut isn’t out of question.

This new SUV will be based on the Renault-Nissan’s global CMF-A+ modular platform that also underpins the Triber. The new Renault HBC SUV will be a sub-four-metre product that will be positioned at the lower-end of the compact SUV market, which means that it will rival the Maruti Suzuki Vitara Brezza, Hyundai Venue and the Tata Nexon, to name a few. This new SUV will hit Renault showrooms mostly in late 2020 or early 2021.

In order to keep costs in check, the new Renault HBC compact SUV will share a lot of parts with the Triber and other Renault products. Expect the model to have a similar dashboard design, switchgear and other interior bits to improve economies of scale. Under the hood, the Renault HBC is likely to come with the same 1.0-litre engine as the Triber, though Renault will offer a turbocharged unit as well for higher variants, which will facilitate better performance. Gearbox choices will include a 5-speed manual as well as an AMT option.

The coming months will see Renault exiting the diesel car market in India, which means the HBC – just like the Triber – will not come with a diesel engine option. Sister brand Datsun will also have a similar compact SUV for its India line-up, which will be based on the Renault HBC. It will sport unique styling in order to avoid overlap but will share major components and engines with the Renault. Apart from the HBC, Renault is also readying a compact sedan (codename: LBA) for India, which will be unveiled for global markets a little later.