Renault cars, SUVs to have top speed limited to 180kph from 2022

French carmaker reveals new safety measures it will incorporate into its vehicles as part of its CSR policy roadmap. 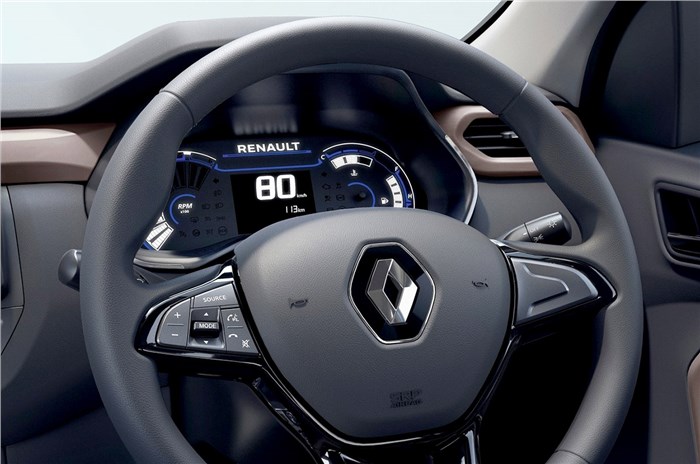 Renault is set to restrict the top speed on all its models on sale in global markets to 180kph, along with introducing additional safety measures to help reduce road accidents. The plan was unveiled by Renault Group CEO, Luca de Meo, at the reveal of the company’s Corporate Social Responsibility (CSR) roadmap on April 26, 2021.

What are the safety measures expected from Renault?

Renault has revealed that it will cap the top speed on all its cars (Renault and Dacia) on sale globally to 180kph – a move similar to Volvo. The new speed limit aside, the carmaker also referred to new safety tech being brought into its cars. These include a ‘Safety Coach’ that, as per the company, “will process road and traffic data to inform drivers of potential risks on their route and give real-time warnings.”

Another system referred to was ‘Safe Guardian’, which would “trigger automatically in the event of a clear and present danger” – such as a loss of control of the vehicle or taking a corner too fast – and slow down the vehicle and “return to a safe driving mode.” This could likely mean the presence of greater autonomous safety tech on its cars. The carmaker also revealed that its cars would be equipped with sensors that would analyse driving data and provide drivers with safety scores, to help promote safer driving.

Additionally, in a bid to aid first responders, the carmaker said it would equip all its cars with a QR code that would provide access to vehicle data, including structural information, to help reduce passenger rescue time.

Renault revealed its intent to attain complete and global carbon neutrality by 2050, and achieving the same in Europe by 2040. They would be focusing on areas of recycling, including for EV batteries, material procurement and manufacturing.

The carmaker stated that it plans to cut emissions from its manufacturing facilities by up to 50 percent worldwide, as compared to 2019, and would be setting aside an investment of 20 million Euros (Rs 180 crore) for the same. Renault is also looking at reducing its carbon footprint by 30 percent in the material procurement department by 2030 and develop more sustainable EV battery packs.

Coming to the Indian market, Renault is fresh off the launch of its Kiger compact SUV, with the carmaker also looking to expand into the EV market in the coming years. The company has shown its electric vehicles in India earlier, but there isn’t any confirmation on when they will go on sale in the domestic market.