The board has appointed financial director Clotilde Delbos as interim CEO. 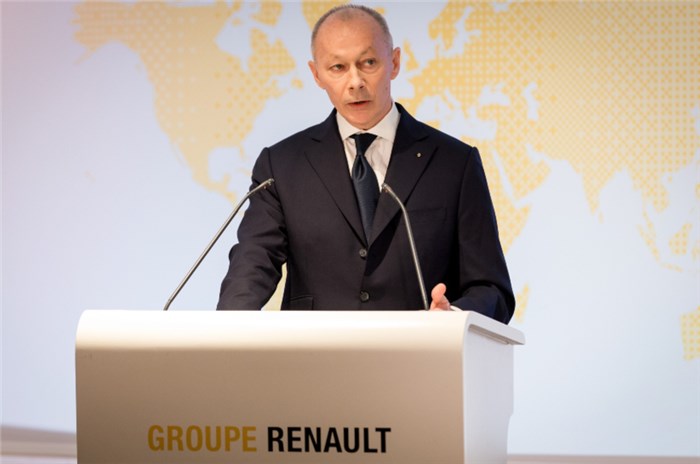 Renault's board of directors has voted to remove CEO Thierry Bollore as head of the company effective immediately. Financial director Clotilde Delbos has been installed as interim CEO, with Olivier Murguet and José-Vicente de los Mozos taking positions as deputy managing directors to assist Delbos in the role. The firm has already begun the process of appointing a permanent replacement.

Renault officially announced the move in a press release on Friday, confirming that the board of directors "decided to end the mandate of Mr Thierry Bolloré as Chief Executive Officer of Renault SA and President of Renault s.a.s with immediate effect."

The surprise announcement came after rumours of a management shake-up appeared in French newspapers earlier this week, and it is understood to be an effort by the brand to further distance itself further from its former boss, Carlos Ghosn.

According to the Financial Times, Bolloré was considered by alliance partner Nissan to be a 'disruptive force' and didn't do enough with regard to Ghosn's arrest over financial misconduct allegations last year. He served as Ghosn's second in command until he was made CEO in January.

Prior to an official announcement, Bolloré had described the move as "a coup" and "shocking power grab" in an interview with French business title Les Echos. “The brutality and the totally unexpected nature of what is happening are staggering. Operationally, I do not see where the fault is.”

It is understood that the French government, which holds 15 percent in the company, has pushed for Renault chairman Jean-Dominique Senard to sever connections to the Ghosn era and ease tensions with Nissan; which could potentially lead to renewed talks with rival carmaker FCA over a possible merger.

Today's announcement follows a similar shake-up at Nissan, where the firm’s head of its Chinese division was recently made its new CEO.