Prodrive chairman David Richards had previously described the road-going Hunter T1 as “the Ferrari of the desert”. 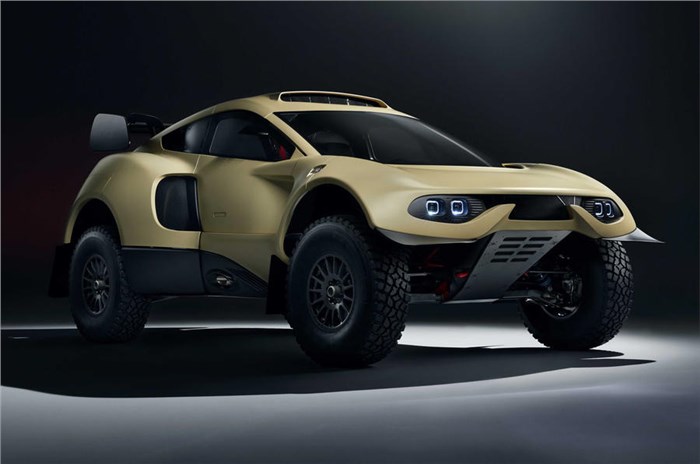 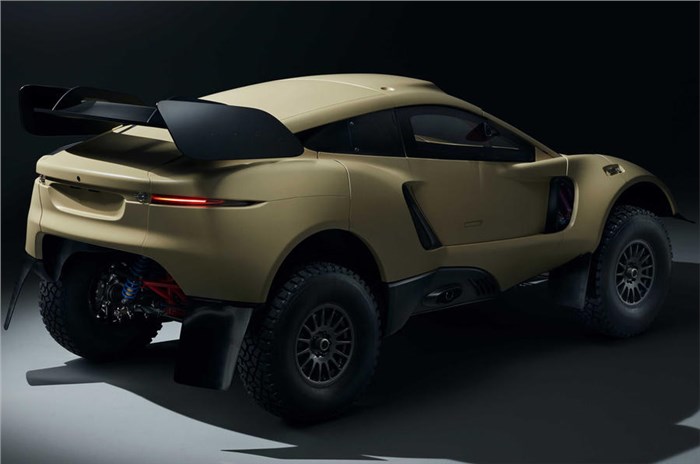 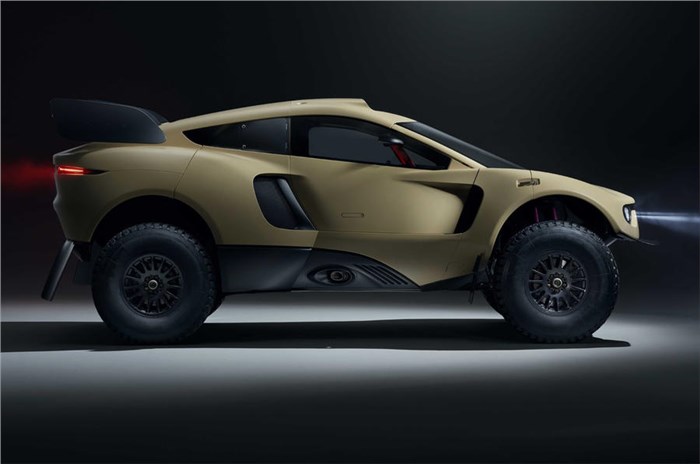 Prodrive has officially revealed the first road-going version of its latest Bahraini-backed Dakar Rally car, the BRX Hunter T1. The first road car, built for Bahrain’s Prince Salman bin Hamad Al Khalifa, spearheads a batch of 25 road-going T1s that will be produced at Prodrive’s Banbury HQ over the next two years, each priced from £1.25 million (around Rs 12.5 crore) before local taxes.

Prodrive chairman David Richards had previously described the road-going Hunter T1 as “the Ferrari of the desert” and has created the vehicle to be the fastest cross-country production car in the world. An elaborate Prodrive brochure reads: “Where we’re going we don’t need roads.”

The close relationship between the road and rally models is obvious to the eye, although there are dozens of differences. Both use a body designed by former Jaguar design boss Ian Callum, now based close to Prodrive’s Banbury base. The T1 is 4,600mm long and 2,300mm wide, with an aerodynamically oriented fastback shape and a high wing above the rear window to generate downforce, but, at 1,850mm tall, the road car stands at least 100mm lower than its rally sibling.

The road car uses the same tubular steel spaceframe chassis as the three team cars competing in this year’s Dakar event. The 2022 T1s are related to the 2021 models – but are much more modified – and the road car follows the latest specification. They have much larger tyres – 38-inch diameter tyres on a 17-inch wheel – which should help prevent the dozens of punctures that blighted last year’s campaign. There’s room for a spare in a sidepod ahead of each rear wheel.

All models have Prodrive-designed, ultra-long-travel twin-shock coil suspension at the front and rear, plus air jacks built in for rapid tyre changing – an essential in desert running, where assistance simply isn’t available.

Prodrive engineer Mark Paterson, who is in charge of the road car programme, said that although most of the car’s headline specifications mirror those of the rally cars, there are many different details.

The interior has sound deadening wherever possible, the competition seats are replaced by slightly more comfortable designs, the new fascia is configured so the car can be driven by people of varying skills, and the massive 480-litre rear fuel tank can be shrunk to give extra boot space, because “prospective owners are the kind of people who spend weekends driving in the desert,” said Paterson. “They may need a little luggage.”

The T1’s engine is the same dry-sumped 3.5-litre twin-turbocharged Ford V6 used in the competition cars, re-built and modified at Prodrive with bespoke engine control systems.

The T1 is a front-engined design, although the position is so close to centralised that its cover protrudes half a metre into the cockpit. The road car's output is quoted at over 600hp – around 200hp more than FIA regulations allow for the pure rally cars – and torque is around 700Nm. Both engines redline at 6,500rpm, but the rally car’s shift lights are set at 5,500rpm as the torque declines above that. The gearbox is a six-speed paddle shifter and the car has permanent four-wheel drive.

The company predicts a 0-100kph time of less than four seconds and a top speed of nearly 300kph.

Richards said Prodrive already has “three or four” buyers interested in cars, and expects more to get in touch when the car makes its debut. Prodrive will deal directly with customers rather than appointing dealers. “The people who want one of these won’t be like ordinary car buyers,” said Richards. “They’ll know where to find us.”

What are your thoughts on the road-going Dakar rally car? Let us know in the comments below.