Polestar 3 to be a performance SUV

The performance SUV will be a rival to the Tesla Model X and its design will also be influenced by the Polestar Precept concept. 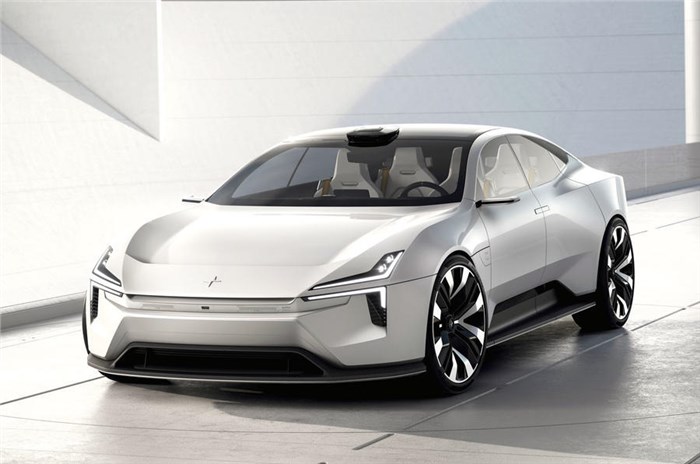 Polestar’s pivotal third model will be a performance SUV that takes heavy styling inspiration from the recently revealed Precept concept.

Head of design, Max Missoni, told our sister publication Autocar UK that, although a production version of the Precept has not been confirmed, it will have an influence on the Polestar 3, which is expected to arrive internationally in 2021.

“The design language of that car is something that you can and should expect in our future cars, starting with the Polestar 3,” he said.

Missoni further hinted at the 3’s billing as a sleek, minimalist Tesla Model X rival, adding: “Our next car will be a performance SUV, the Polestar 3, and that will carry some of the features and design cues that you’ve seen in the Precept.”

The 3, which will follow the 1 plug-in hybrid coupé and 2 fastback, could be expected to continue Polestar’s design departure from parent company Volvo, with an aerodynamically focussed profile, a pointed front end and a wraparound tail-light bar, among its most prominent features.

“We’re really keen on keeping a minimalistic surface to things, keeping things extremely pure and clear,” Missoni said, suggesting that the 3 will feature a modern, simple interior like that of the 2, which eschews traditional buttons and switches in favour of a large central touchscreen.

Despite it likely riding significantly higher and weighing more than the current Polestar production cars, the 3 will stay true to the brand's premium performance values and aim to deliver pleasing dynamics.

“We want the cars to be performance cars, not only from 0-100kph but [also] great driver’s cars with good driving dynamics,” Missoni said. “All of our cars, especially with the performance pack, will fulfil some of those desires.”