We go under the skin of Pininfarina’s upcoming 1,900hp electric hypercar and uncover its cutting-edge technology, synergy with Formula E, sales strategy and more. 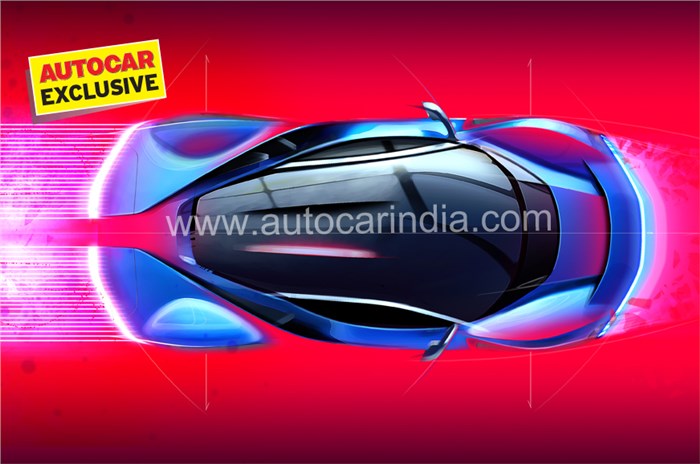 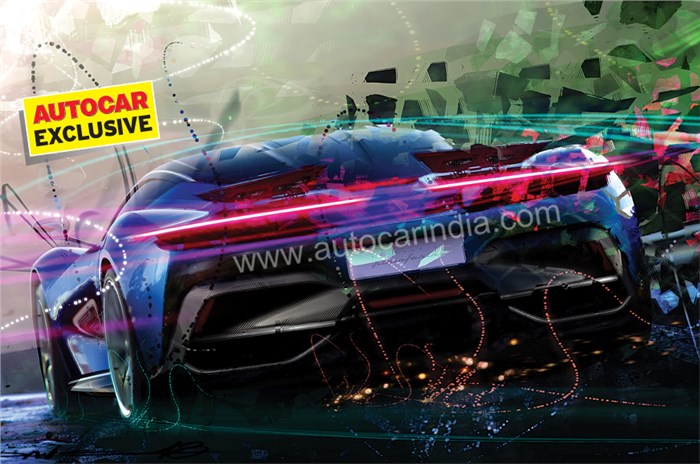 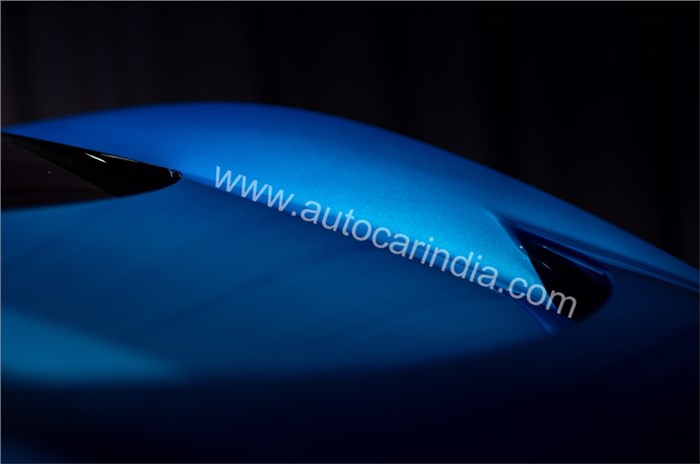 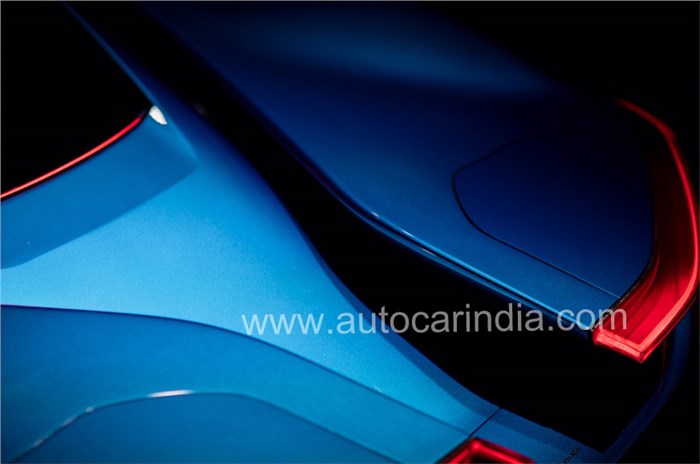 Less than a year after the launch of brand Automobili Pininfarina at Rome’s stunning Palazzo Barberini, the company will spark to life its ultra-exclusive electric hypercar, the Battista, at the 2019 Geneva motor show on March 4.

“From a visual point of view, the Geneva show car is one that can be driven and is extremely close to the final production model. The main job left for us is further testing, fine-tuning the vehicle dynamics and completing all the validation required before the market launch. We will be focusing on this over the next 15-18 months,” Michael Perschke, CEO Automobili Pininfarina told Autocar India.

Automobili Pininfarina has been drip-feeding us teasers soon after the first prototype was shown at a private viewing in Pebble Beach. And from what we’ve seen so far, the Battista – true to the ethos of the legendary design house whose badge it now proudly wears on its nose – has a purity of design that is simple and elegant. There are no spoilers, diffusers or any aero appendages, and the unique split tail revealed as a teaser has already become the Battista’s signature. 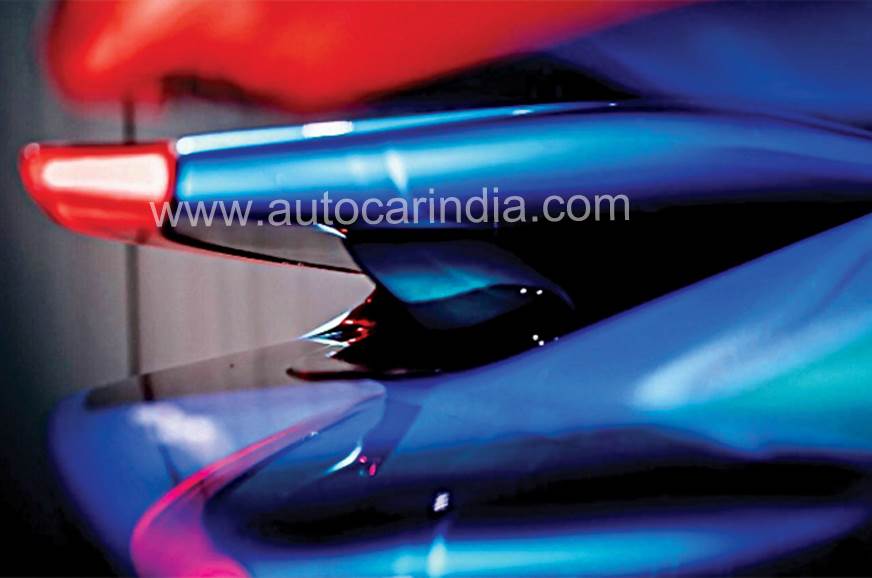 The interiors too will be very pure and sleek according to Perschke, and be built using high-quality materials. From what little we could make out from the design sketch, the cabin is a combination of high-tech and classical styling. “We don’t want the interiors to be too technical and we are trying to find a balance between design, functionality and technology,” he said.

Minimalist dash with two screens on either side of steering wheel looks hi-tech.

The company had earlier revealed that the Battista will put out a mammoth 1,900hp and 2,300Nm of torque, and sprint to 100kph in a blistering “less than 2 seconds,” and the company is working with key suppliers to harness this unprecedented level of performance. For a car that hits 300kph in about the same time a hatchback takes to reach a 100kph, shedding speed equally effectively is absolutely crucial. Brake specialist Brembo has developed special carbon-ceramic brakes for the Battista, based on Formula 1 technology to provide sufficient power for a car that weighs around 2,000kg. The Urus-rivalling PF1 SUV, which will follow the Battista, will also use Brembos, Perschke revealed. 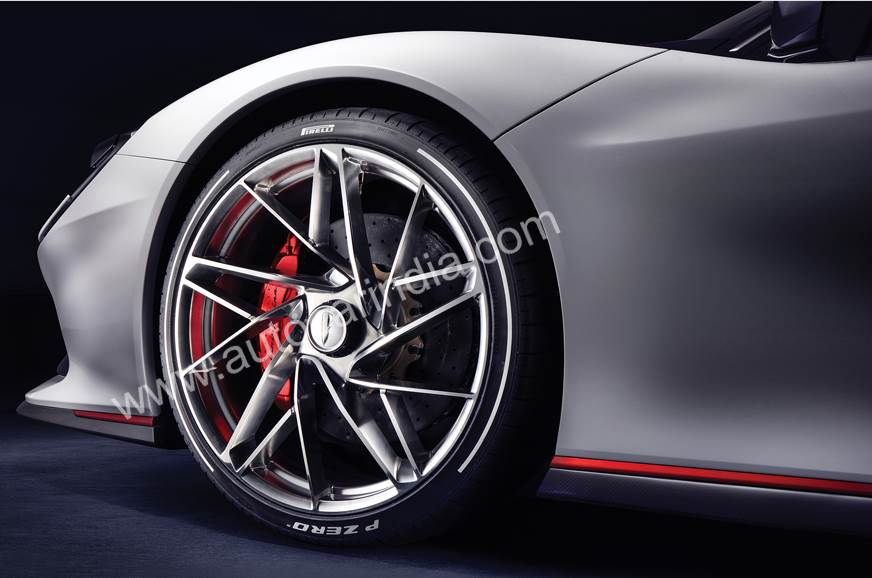 The Battista will sit on race-derived, Pirelli P Zero Trofeo tyres mounted on 21-inch alloys to offer the grip and traction a 1,900hp car demands. Speaking of power, the hypercar is expected to come with multiple drive modes that will control the level of power. Power is likely to be limited in normal traffic conditions, and it’s on the track that the full potential of the powertrain will be unleashed via a GPS signal or some form of  ‘key’ as in the Bugatti Chiron; but it’s not clear exactly how the power output will be altered.

The Battista will use a 120 kWh lithium battery – the same as its powertrain and battery technology supplier Rimac’s C_Two hypercar. This battery pack, one of the largest in a road-going electric performance car, will use special cylindrical cells, as opposed to the pouch cells widely used in EVs. Cylindrical cells make a better choice as they have a higher density, good mechanical stability and the ability to withstand higher internal pressures without deforming.

But while the concept and design of the battery pack come from Rimac alone, the battery management system is co-developed by Rimac and Mahindra’s Formula E racing team. “We’re taking inputs from the team which has huge experience in battery management systems after a couple of seasons in Formula E, and that’s where the race-to-road story comes in,” Perschke explained. 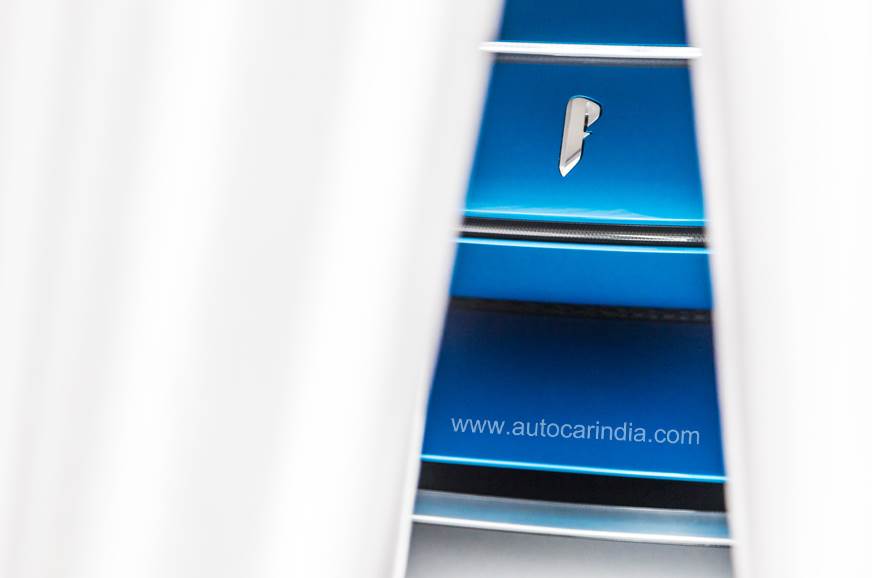 The batteries are placed low to the ground and run along the central tunnel and behind the passenger cell, providing a low centre of gravity. In fact, the centre of gravity is so crucial to its handling that the Battista’s dimensions and overall packaging have been designed around the battery pack.

Despite having a big 650kg battery, the Battista is expected to mix extreme performance with agility, thanks to a highly efficient torque vectoring system that balances and splits power to all four wheels.  Automobili Pininfarina will be using former Formula E (and Formula 1) driver Nick Heidfeld to fine-tune the Battista’s dynamics. “Nick may not have won world championships but he is known to be a great development driver who gives excellent feedback. He is more of a race engineer than a driver,” Perschke states. 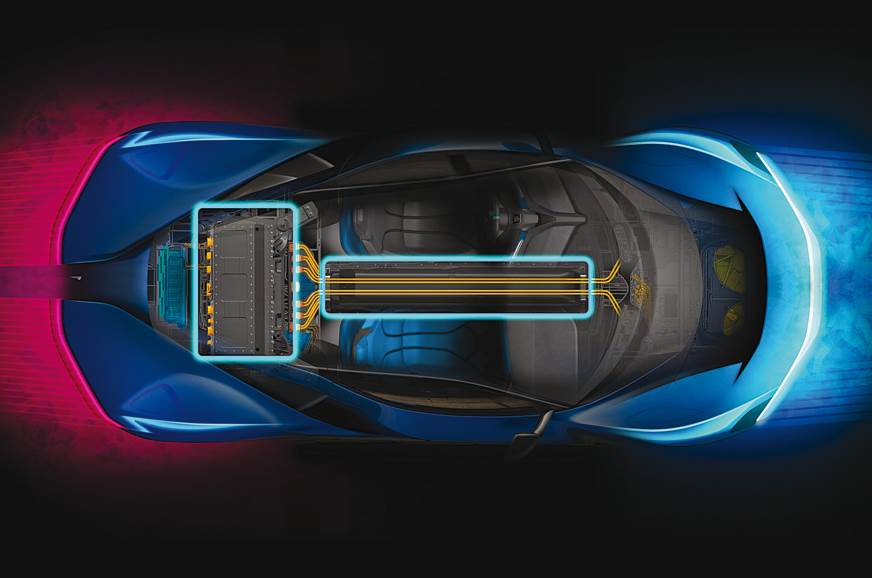 Perschke wants the Battista to have a ‘natural’ sound, as opposed to an artificial engine noise piped through a speaker. Although the hypercar may not sound as soul-stirring as a V12, customers will hear a unique sound which Perschke says will be loud and interesting.

Company engineers plan to amplify the ‘natural sound’ or the high-pitched whine of the electric motor to provide a unique aural sound, which will pick up over speed. Besides, Pininfarina engineers will also tune the bodywork and use a combination of wind noise and airflow. “We want it to be genuine, sexy and interesting as we don’t believe in an artificial sound system,” he said. The aim is for the Battista to be recognised by its sound when it drives by.

In the run-up to the Battista’s unveiling, Automobili Pininfarina has started appointing dealers – but not necessarily from the traditional automotive sector. The aim is to partner with retailers who have a proven track record of dealing with high-performance and luxury car clients and the brand is in discussion with dealers in North America, Europe, Middle East and Asia.

To maintain the exclusivity for the Battista, potential customers will have to apply to own one. 50 units each of the hypercar have been allocated for North America, Europe and Middle East/Asia markets.

The brand plans to have 20-25 retail points up by the time Battista goes on sale in 2020, and, eventually, a worldwide network of up to 40 outlets for its full range, which will include the PF1 SUV, and later the smaller PF2 that’ll rival the Porsche Taycan. Unlike the PF0, which will come with left-hand-drive only, the PF1 and PF2 will be available in right-hand drive as well. What this means is that the all-electric SUV could also be sold in India, the ‘home’ market of Automobili Pininfarina. Yes, the parent of this EV start-up making cars with the legendary Pininfarina badge is Mahindra. Who could have imagined that? 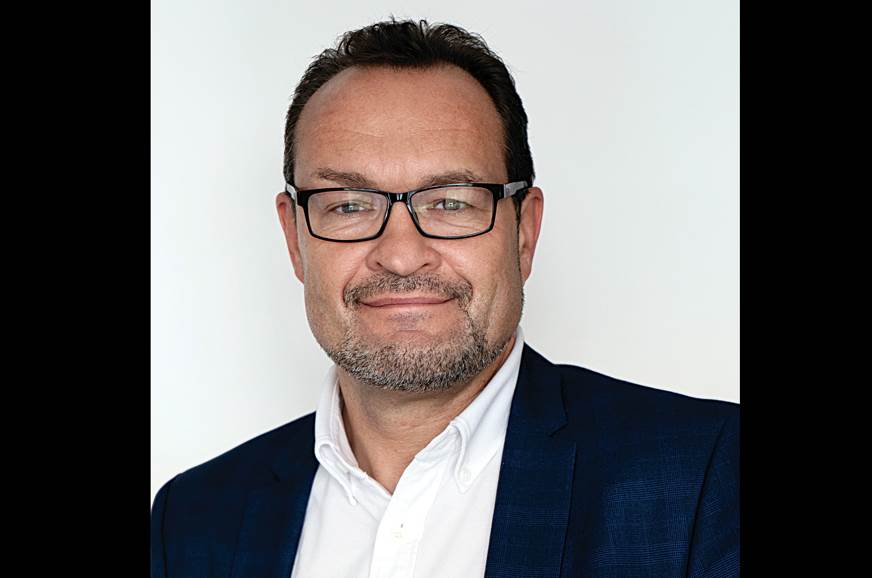 In a market which is still opening up to electric performance cars, what is your vision for Automobili Pininfarina?
We see the EV opportunity growing as there is an increasing consciousness around sustainability, which will fuel the demand for EVs in Europe, North America – specifically California and Florida – and in other countries. What also makes us stand out is that we have an extremely strong brand among the connoisseurs and the more educated car buyers as opposed to some of our rivals who are still trying to build a brand. The third thing is that we have a full-fledged product portfolio – and not just a one-hit wonder– which includes a hyper SUV, a large SUV and even other potential sportscars or GTs. Also, we already have confirmed funding for at least 3-4 cars. The fourth thing is we have very good technology partners such as Rimac, Rivian, Pirelli and more who want to come onboard.

What is your retail strategy?
We have started appointing what we call ‘retail concierge partners’ in key markets. As we have no car in the showroom until end of 2020, we won’t ask our dealers to invest in brick and mortar right now, and instead have a mix of virtual and digital until 2020.

What do you think will set the Battista apart and make it a success?
Apart from being the one and only chance to acquire a Pininfarina masterpiece, technology, performance and driveability will also be an important differentiator. We are making a daily-driveable hyper GT.

What is the strategy in terms of charging infrastructure?
We’re looking at a charging time of about 25-40min for the Battista to get to 80 percent. Users  will be able to charge the car with any charging equipment – from 4.7kW which is your home plug, all the way up to 150kW, which is currently the ABB infrastructure being rolled out as part of IONITY and Electrify America. We want to provide a real-world range of 450km  on a full charge.