Hardeep Singh Puri said that it was the state governments who resisted fuel prices coming under GST’s purview. 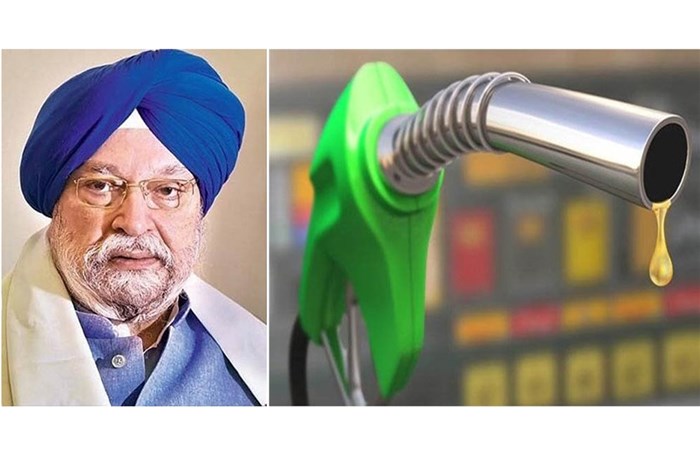 The minister of Petroleum and Natural Gas Hardeep Singh Puri has urged oil producing countries to keep the interest of consuming nations in mind amidst the rising oil and gas prices. However, the minister defended the Centre’s imposition of taxes on petrol and diesel, both of which are scaling new highs every day, saying, “It [taxes on fuels] helps us to provide welfare services.”

As of October 23, petrol in Mumbai cost Rs 113.12 a litre and diesel Rs 104, which is 25-30 percent costlier than aviation turbine fuel. As is known, the retail price of petrol and diesel includes central excise duty and state government-levied VAT, both of which contribute to the wallet-busting prices. While petrol has a tax combined component of 54 percent, they account for 48 percent of the rate of diesel. Considering that neither the Centre nor state governments are willing to let go of this big-ticket revenue stream, motorists will continue to feel the burden of pricey fuel rates. What’s more, CNG prices, too, are on the upswing.

Talking to reporters on the sidelines of India Energy Forum CeraWeek in New Delhi, Puri said that approximately Rs 32 (of every litre) which the central government levies on fuel goes towards meeting the country's social needs. “It helps us provide welfare services,” he said, pointing out that it was the state governments which repeatedly resisted from fuel prices to come under the purview of GST. The record 100 crore Covid-19 vaccines which the government has been able to administer to Indian citizens have been possible only due to the taxation levied by the government, the minister added.

India's oil marketing companies (OMC), which had earlier hedged global crude oil at lower prices, particularly during the early days of the pandemic (February-June 2020) are now reaping the benefits in spades. Industry data indicates OMCs are likely to pocket anywhere between Rs 740 crore to Rs 1,490 crore on account of inventory gains in the current quarter (October-November 2021) of FY2022.

Currently, global crude oil prices are trading at near-three-year highs ($85/bbl) due to a number of factors, including possible drop in global demand and the OPEC and OPEC+ decision to reduce production cuts. OPEC and OPEC+ is a cartel of oil producing countries. Besides, US production was hit due to ongoing hurricane-related outages.

In his closing remarks at the India Energy Forum CeraWeek – referring to the latest Commodity Markets Outlook by World Bank – Hardeep Singh Puri said the cost of energy should not be allowed to outstrip the paying capacity of consuming nations. Unless the prices of crude oil are maintained at sustainable levels, it will severely impact the green shoots of global economic recovery. This imperative needs to be configured by the consuming countries, in planning their production profiles for the future.

The World Bank had stated that “the surge in energy prices poses significant near-term risks to global inflation and, if sustained, could also weigh on growth in energy-importing countries.”

Puri said that the Indian oil and gas industry has made significant strides in recent years.

He added that the Ministry of Petroleum and Natural Gas is focused on increasing exploration in India to reduce import dependency. He said that currently in India, only six out of the 26 sedimentary basins have been explored. “We are looking for international partners to participate in the exploration journey of India.” The minister invited the global industry and experts to become partners in India’s shared prosperity by enhancing India’s production of all forms of energy.

Nonetheless, this is of little solace to the beleaguered motorist population in India as well as the commercial vehicle industry, both of whom are spending big bucks to travel.