Passenger vehicles at back of queue for government relief

With numerous industries vying for the Centre’s aid, the auto sector, especially the passenger car segment, might not be at the top of the priority list. 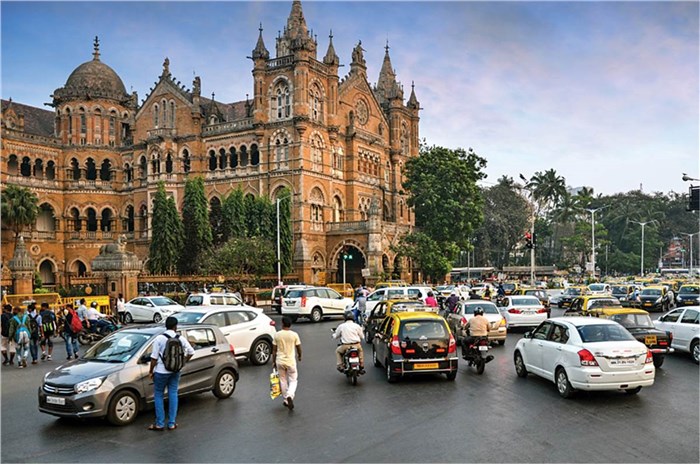 Be it tightening regulations or a general economic slowdown, the Indian auto industry has been facing considerable headwinds for quite some time now. The ongoing COVID crisis has compounded challenges further, with collapsing demand in recent months. While carmakers believe that the government holds the key to reviving demand, the Centre has indicated that the auto industry, and especially the passenger vehicle (PV) sector, might not command the highest priority when it comes to receiving immediate and direct government aid.

A reduction in vehicle GST rates continues to be the foremost demand of auto manufacturers. At the recent annual convention of Society of Indian Automobile Manufacturers (SIAM), the industry body's past president and senior advisor to Mahindra & Mahindra, Rajan Wadhera, said “Reduction in GST rate by 10 percent on all vehicle categories and components from 28 to 18 percent will translate into direct impact on vehicle sales.”

Responding to industry requests for reduced taxation, Prakash Javadekar, Minister of Heavy Industries and Public Enterprises, and Environment, Forest and Climate Change, who was also a part of panel discussions at the event, mentioned that a reduction in GST was not a final ‘no’.

However, all automotive sectors might not qualify equally for a possible incentive. Javadekar added, “Details of the proposal are being worked out by the Finance Ministry. I am not privy to all the details. But in a logical sequence, two-wheelers, three-wheelers, public transport vehicles and then further, four-wheelers, in that order, it should come. I hope that you will get some good news very soon.”

The passenger car segment, then, has seemingly been pushed back in the considerations for an immediate and direct relief. This is further corroborated by Finance Minister Nirmala Sitharaman's recent suggestion for a GST rate cut, which mentioned just the two-wheeler category.

Though a temporary GST revision hasn't been ruled out, at least for auto segments other than PVs, the Centre’s ability to extend tax sops has been severely compromised by the current economic crisis. “Every sector, including the government, has been impacted. Our revenues have also nosedived,” commented Javadekar. He added, “GST council will have to evaluate the decision of GST reduction on vehicles, taking into account a few parameters. One is the economic and social impact of the decision. As you know, we were unable to pay the (GST) compensation (to states) which was promised.”

Moreover, with the auto sector being just one of the many industries vying for aid, the government’s resources are spread thin. The minister said, “You have to provide relief to each and every sector of the society. So it's a huge task. All ministries are taking definite steps and discussing various possibilities, and then in the Finance Ministry, they are collated together and prioritised. I am very sure that for the auto industry also, you will get some important concession.”

The coronavirus outbreak and ensuing lockdown saw sales come to a grinding halt earlier this year. As per SIAM data, PV sales in April-June 2020 totaled to just 1,53,734 units, a massive 78.4 percent decline compared to the corresponding period last year. Commenting on the performance, Wadhera said, “Our volumes (today) are what industry volumes were 10 years back.”

Though automotive sales have recently started picking up, there are concerns about this being a temporary phenomenon and an outcome of pent up demand.

Heavy investment into recent regulations is another factor taking its toll on automakers. “We have invested very significantly in BS6 emission norms and for meeting new safety regulations. Commensurate revenues have not been realised by the industry due to a lack of consumer demand. The industry does not have the ability to invest further into new regulations which are planned in the years 2022-23, like CAFE (Corporate Average Fuel Economy) and RDE (Real Driving Emissions),” elaborated Wadhera. “We should not have an overdose of regulations,” he said.

Though direct incentives for the PV sector might not be on the cards, indirect relief is expected in some form. The long-overdue scrappage policy, which promises to create demand by taking older vehicles off the roads, is said to be in the final stages. Providing some insight, Prakash Javadekar said, “All stakeholders have given their inputs. We are ready with the proposal.” With the upcoming Parliament session, the minister mentioned that we can “expect (the scrappage policy) very soon”.

Addressing the automakers with another solution for relieving their financial stress, Piyush Goyal, Minister of Commerce and Industry, said during the SIAM convention, “I was looking at some of the royalty numbers that you pay out. You are all the time talking to the government about reducing GST rates on cars, have you talked to your principals about reducing the royalty rates for three years?”

All Indian subsidiaries of foreign auto companies repatriate royalties to their parent firms for using their brand and technology in India, and many of the automakers are known to be paying hefty amounts. Maruti Suzuki India Limited (MSIL), for instance, paid royalties worth Rs 3,817 crore to Suzuki Motor Corporation, Japan in FY2020. The figure translates to 4.8 percent of MSIL’s revenue (Rs 79,031 crore), or a whopping 67.6 percent of the Indian subsidiary’s net profits (Rs 5,650 crore) for the past fiscal year.

Even if foreign-owned firms operating in India managed to shrink their royalty payments, a major point of contention would be the passing of proportionate benefits to the consumers, without which a revival in demand wouldn’t be plausible.