The ride-hailing service has begun operating Bajaj and Piaggio autorickshaws in the city of Liverpool – its 5th city in the UK. 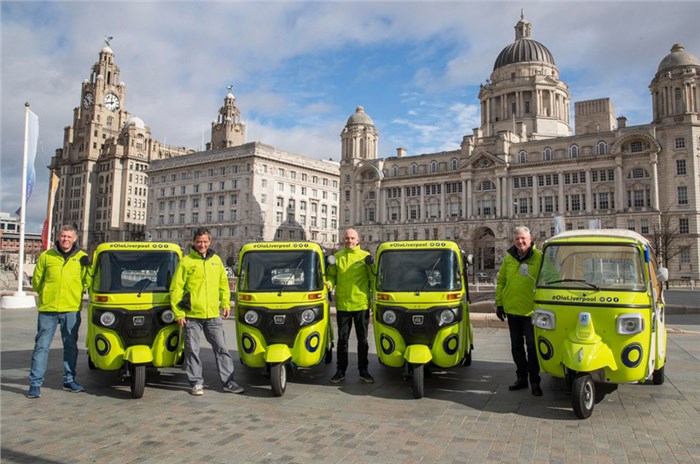 Ride-hailing service Ola, has expanded its operations the UK to now include the city of Liverpool. However, in an interesting twist, customers will be able to hail autorickshaws to take them to their destination within the city.

Ola recently expanded its UK fleet to include the three-wheelers manufactured by Bajaj and Piaggio. To celebrate this – as well as the start of their operation in Liverpool – the company offered free rides to customers.

Ola UK MD, Ben Legg, himself participated in the celebration reportedly ferrying around passengers behind the wheel of one of the autorickshaws.

Ola began its operations in the UK last year when it introduced its services in Cardiff in August 2018, before expanding to cover the cities of Bristol, Bath and Exter by the end of 2018. The entry into Liverpool marked the ride-hailing service’s entry into its fifth city since it began operating in the UK. The service is expected to expand to other cities in the ensuing year.

Ola’s expansion into international markets has been seen as a push by the fleet cab service to compete against heavyweight competitor Uber, on a global stage. The company has also begun operations in Australia and New Zealand.