Minister Nitin Gadkari and joint secretary Abhay Damle of the Ministry of Road Transport and Highways received the award on behalf of the Government of India. 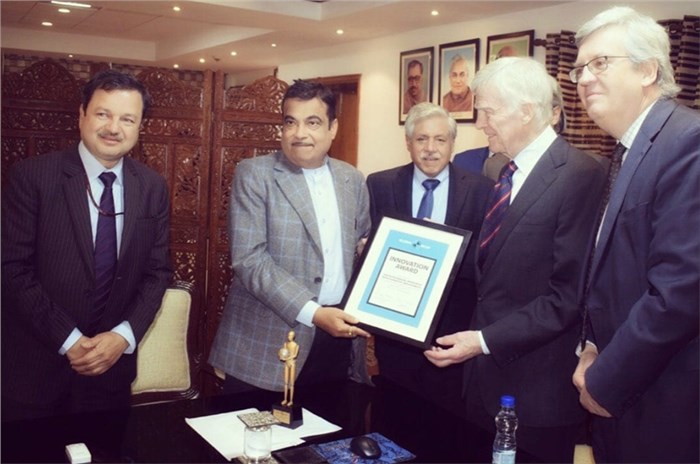 The Ministry of Road Transport and Highways (MoRTH) head Nitin Gadkari was presented with the Innovation Award by the Global New Car Assessment Program (GNCAP) at its World Congress 2018 event held in Delhi.

The honour was awarded to the Government of India in recognition of its contribution to enhance vehicle safety and was handed over to Gadkari and Abhay Damle, joint secretary of MoRTH, by David Ward, President of the GNCAP and Max Mosley, former chairman of the GNCAP.

According to the Global NCAP, “The Government of India acted decisively to implement new vehicle safety regulations that represent a highly innovative initiative for such a major emerging automobile manufacturing nation.”

The government was commended for its adoption of new front- and side-impact crash-test norms for cars, the introduction of speed-warning devices as well as mandating automatic headlights and ABS on two-wheelers.

GNCAP started crash-testing Indian-made cars in 2014. With the first few models failing the tests, manufacturers in India put in a lot of effort and resources into making cars safer for. And as a result, the Tata Nexon became the first made-in-India vehicle to receive a 5-star crash rating by the Global NCAP last year. Additionally, the Mahindra Marazzo, Toyota Etios Liva, Tata Zest and Maruti Suzuki Vitara Brezza all passed the crash tests with a commendable 4-star safety rating too.