India-bound Nissan Kicks SUV, based on the Renault Kaptur platform, will sit above the Terrano; Rs 15-20 lakh estimated price. 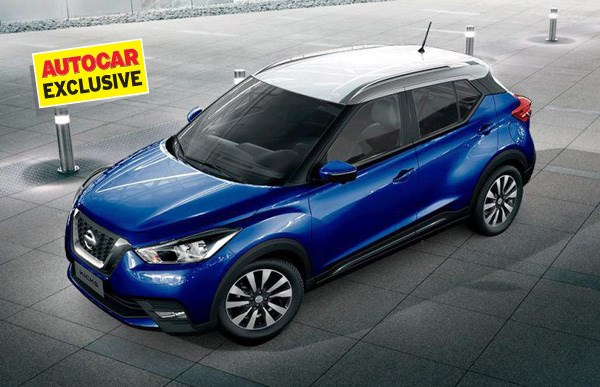 The Nissan Kicks SUV, which made its global debut in 2016 in Brazil will be launched in India in the third quarter of 2018, according to company sources.

However, unlike the South American model, which is spun off Nissan’s V-platform, the made-for-India Kicks (code: PB1D) will be based on the upcoming Renault Kaptur’s (code: HHA) platform. This is essentially a modified version of Renault’s proven M0 platform that underpins cars like the Duster and Lodgy, which are known for their robust mechanicals.

The M0 is also a critical part of the Renault-Nissan Alliance’s platform strategy in India, which is essentially centred around two platforms. Whilst the CMF-A and CMF-A+ platforms underpin Renault and Nissan’s (and later Mitsubishi’s) small to mid-size car range in India, the M0 platform will cater to higher end products. The low-cost M0 platform has proved to be a cash cow for Renault globally and is ideally suited for markets like India. The alliance’s European-spec CMF-B platform was also evaluated initially but was eventually rejected as it proved to be a lot more expensive than the M0 which has also been localised over the years.

Developed and conceived originally by Renault for its Dacia sub-brand over a decade ago, the French carmaker has first rights to products spun off the M0 platform, and hence, like the Nissan Terrano which followed the Renault Duster, the Nissan Kicks too will follow the Renault Kaptur to India but almost a year later.

While both the Kaptur and Kicks will use the same modified version of the platform, the ‘top hats’ will be completely different. The Kicks design and styling will mirror the South American car and that’s no bad thing.

Sharply styled, with lots of distinctive design touches like a floating roof, massive wheel arches and a wraparound visor look, the Kicks won’t have a problem standing out on Indian roads. The good thing is that the edgy design hasn’t compromised practicality and Nissan claims best-in-class space in the back seat.

Cars based on the M0 platform get a choice of just two engines, a 1.6 petrol and the venerable 1.5 K9K diesel, and hence these are likely to be carried forward into the Kicks as well. The 1.5 diesel is expected to be the mainstay but it's likely that in its latest iteration there will be a small bump up in power and torque.

Nissan has set an ambitious target of 30,000 Kicks in its first full year of production with an additional 20,000 units earmarked for exports. Pricing will be crucial for the Kicks’ success and Nissan may do well to undercut its rivals to buy some much needed market share.