Nissan pulls the plug on Datsun brand in Indonesia 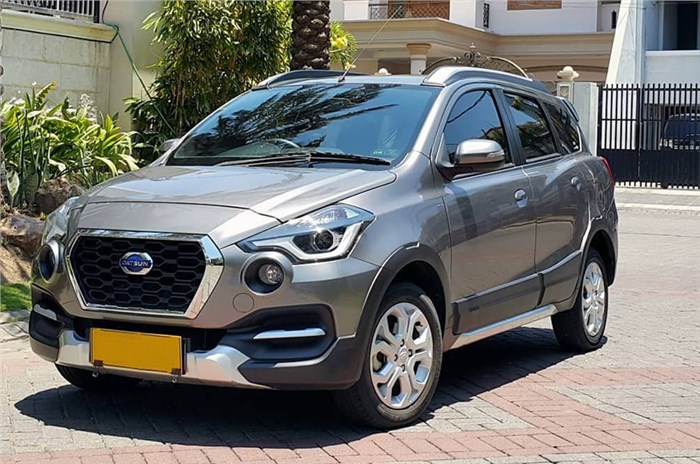 The Indonesia-only Go Cross gets the axe as Datsun exits the domestic market.

Nissan has officially announced that it has ended production of models under the Nissan and Datsun brands in Indonesia. The company earlier had two plants in the country, at Karawang and Purwakarta, in the West Java region. The facility at Karawang that built Nissan vehicles closed its doors back in September last year, while the one at Purwakarta that manufactured the Datsun range was shut in January.

The company will, however, stop selling Datsun-branded vehicles in Indonesia once current stocks at dealer lots run out. The Datsun line-up in Indonesia included the Go, Go+ and the Go Cross. Sales for the Datsun models in the Indonesian market have dwindled significantly since the brand's introduction a few years ago, with sales of just around 7,000 units being recorded last year.
The Indonesia plant closures are in line with Nissan's 2019 announcement to cut capacity by 10 percent, a move that will also result in around 12,500 job losses globally. This will also include the global phasing out of the struggling Datsun brand by 2022, as reported by us last year. The low-cost Datsun brand was targeted at emerging markets like Indonesia, Russia, India and South Africa.

Nissan and its subsidiary Datsun haven’t had a rosy run in India and only dispatched a combined 17,150 units between April 2019 and February 2020. The company sells the Kicks crossover, the Micra hatchback, the Sunny sedan, and the Datsun Go, Go+ and Redigo in our market. The BS6-compliant Kicks petrol will be introduced soon, and so will a heavily updated Datsun Redigo. All current Datsun models in India will be sold as ‘Datsun’ until the end of their current product life cycle. The upcoming Nissan compact SUV for India was earlier pegged to be a Datsun model, but it will now be introduced as a Nissan.