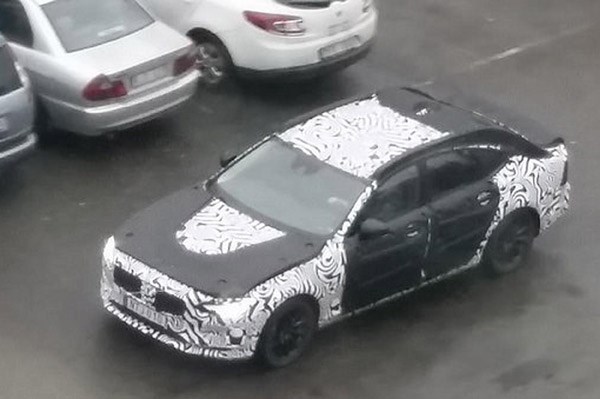 The car will be underpinned by the SPA platform; petrol, diesel and hybrid powertrain options expected along with a 2018 global debut.

The first test mules of the upcoming all-new Volvo S60 have been spotted undergoing testing on international roads. Set to be underpinned by Volvo’s modular SPA platform – the same platform as the larger S90 – the next-gen S60 is expected to share many of its styling cues with its larger siblings.

The heavily camouflaged test mule revealed little details about the upcoming model’s styling, though the overall profile of the car seems to be similar to the larger S90. When launched, the next-gen model is expected to feature many of Volvo’s new design cues such as the revised grille design and the ‘Thor’s hammer’ LED headlamps which were recently added to the V40 line-up in India with the launch of the facelifted hatchback.

Expect the cabin of the next-gen model to also borrow bits from its larger siblings.
Under the hood, the next-gen S60 is expected to make use of the automaker’s range of four-cylinder petrol and diesel engines. The automaker is also expected to exploit the market for hybrids, with the SPA platform capable of supporting the system.

Internationally, Volvo currently offers the T8 Twin Engine Hybrid system on its range-topping 90-series models, under which a petrol motor runs the front wheels while an electric motor powers the rear axle. The same system could water down into the S60 with another option being the automaker’s all-new front-wheel-drive T5 hybrid system that it revealed alongside the two 40-series concepts last year. The T5 pairs a downsized 1.5-litre three-cylinder petrol engine with an electric motor to drive the front wheels.

The next-gen S60 is expected to make its global debut sometime in 2018, so we could expect Volvo to debut a 60-series concept sometime this year.

In India, Volvo launched the plug-in hybrid T8 Twin Engine XC90 Excellence last year as a range-topping uber luxurious version of the standard XC90. Following the launch, the automaker has begun eyeing more hybrid cars for the country, with Tom von Bonsdorff, managing director of Volvo Auto India, telling Autocar India last year, “We don’t want the XC90 T8 to be the only hybrid car in our portfolio. Our strategy is that we want to bring in hybrids on all the cars. All our vehicles based on the SPA and the CMA platforms have possibility of hybrid tech. We are closely monitoring the demand for hybrids and how the sales take off.”