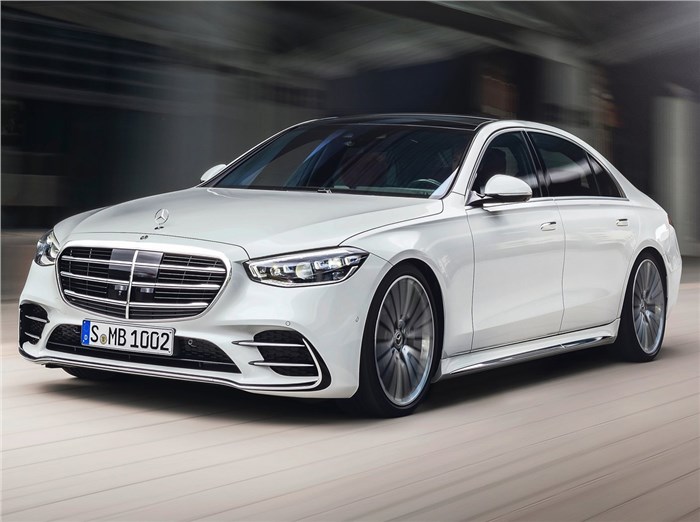 All-new S 63 will get hybrid tech, AMG styling tweaks and more. However, the S 65 with a V12 engine is not expected.

Mercedes-AMG will take the covers off its high performance S 63 soon. As always, the new S 63 will be a more potent take on Mercedes' S-Class luxury flagship sedan that recently made its way to India.

Next-gen Mercedes-AMG S 63: what all will be new?

Expect the upcoming S 63 to get the usual differentiators like a sportier body kit, different grille and bumper designs, bespoke alloy wheels and AMG typical quad-tip exhausts. As with the previous-generation car, the new S 63 can be expected to retain the tech-heavy interior and overall proportions of the luxury-focused standard car, while gaining significant chassis tweaks along with a more powerful engine, which will be exclusively hybridised for this iteration.

Two plug-in AMG-badged variants are inbound, with both being propelled by a variation of the same twin-turbocharged 4.0-litre V8 that powers the brand's GT supercar and GLE 63 performance SUV. The standard S63e 4Matic+ will mate the petrol engine with a 134hp electric motor for a combined output of around 700hp, while a more potent range-topper will boost overall output to 831hp, courtesy of an uprated 201hp electric motor – as the one deployed in the new GT 63 S E Performance.

Will the Mercedes-AMG S 65 make a comeback?

The S65 will not return this generation, with its V12 engine continuing only in the Maybach-badged versions of the S-Class. In 2019, Mercedes launched the S65 Final Edition as the previous-generation S-Class bowed out of production, taking with it the 12-cylinder engine, which marked an end to nearly 30 years of V12-powered non-Maybach models.

Mercedes-Benz S-Class: what's next for India?

The S-Class is now being locally assembled in India and we expect Mercedes-Benz to introduce the Maybach iterations of the latest-gen sedan in India sometime next year.