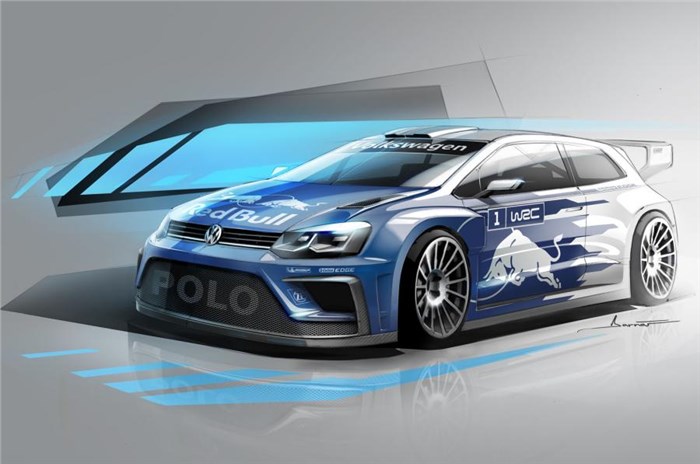 New Polo R WRC to be lighter and more powerful than its predecessor; set to race in the 2017 World Rally Championship season.

The 2017 Volkswagen Polo R World Rally Championship (WRC) car has been teased with a concept sketch.

The manufacturer claims that the next season's rally car will be 25kg lighter and 50mm wider than the 2016 model, and the power output will be bumped up by 60hp to 380hp.

This power increase is the result of the widening of the air restrictor installed on the engine air-intake, from 33mm to 36mm, according to the manufacturer. Also, the most evident visual changes are in the front and rear spoilers, which are larger and broader respectively.

The 2017 Polo R WRC has been in development since the summer of 2015, when the International Automobile Federation (FIA) announced new regulations, which VW says includes "many spectacular technical innovations for the World Rally Championship".

"The World Rally Cars of the future will incorporate all the experience that teams have gained in recent years," Jost Capito, VW motorsport director, said. He added, "They will be considerably more dynamic, whilst at the same time being safer."

Technical aspects of the new car have already been tested extensively, but VW says the look of the car will still change significantly by the start of the 2017 season next January at Monte Carlo Rally.