New Suzuki XL7 to be based on Maruti XL6

New Suzuki XL7 MPV seems to be based on the Maruti Suzuki XL6; expected to be a seven-seater. 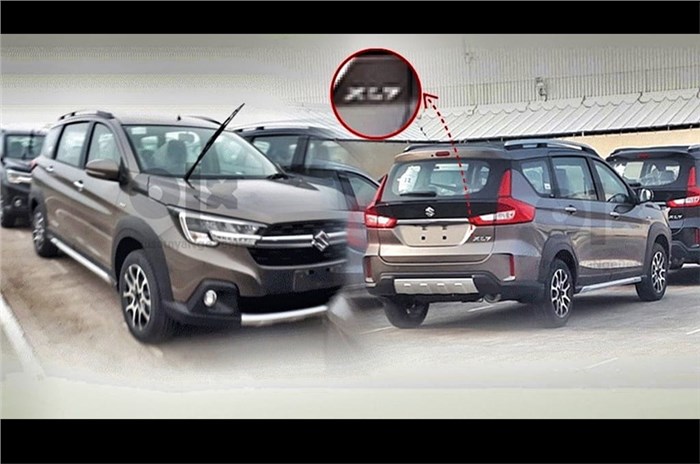 A first picture of the upcoming Suzuki XL7 MPV has surfaced online. This new MPV looks quite similar to the Maruti Suzuki XL6 sold in India but carries the XL7 badging. Sources tell us that Suzuki will introduce the new XL7 MPV with a seven-seat configuration in the Indonesian market soon. This new MPV could also see sales in ASEAN markets in future.

The XL7 seen in this image actually seems to have almost everything that the Maruti Suzuki XL6 sold in our market does. However, a closer look reveals a slightly altered grille and chunkier alloy wheels with a tyre size of at least 16 inches, making the vehicle look more rugged and crossover-ish than its Indian counterpart.

On the inside, the XL7 is expected to mimic the XL6, which means it will have all-black interiors but may not come with the six-seat layout, thus missing out on captain’s chairs for the second row. Under the hood, expect the XL6 to share the same 1.5-litre petrol engine seen in the Indonesian-spec Ertiga MPV. The model is expected to be a front-wheel drive, just like the standard Ertiga. However, in order to add to its rugged nature, Suzuki may increase its ground clearance.

This is the second time the Suzuki brand is using the XL7 moniker. The company had a Grand Vitara-based seven-seat XL7 SUV a few years ago. The new XL7, however, is essentially a crossover version of the Ertiga MPV. It's been aimed to rival the likes of the Mitsubishi Xpander Cross and the Honda BR-V in the Indonesian domestic market.

Do let us know in the comments section whether Maruti Suzuki should introduce a more rugged version of the XL6 in the Indian market – one with larger alloy wheels and a better ride height.