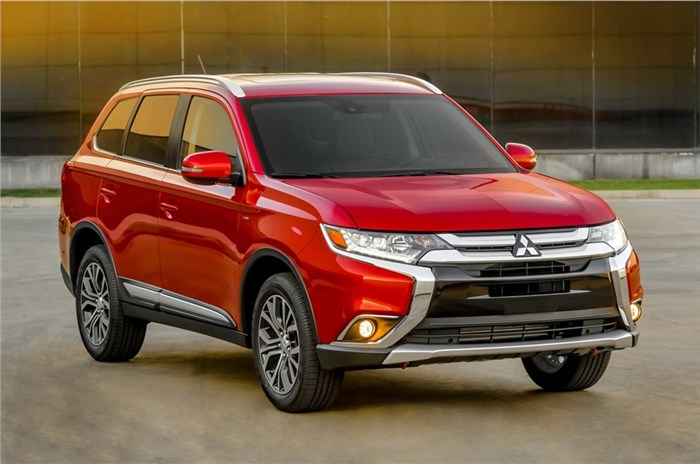 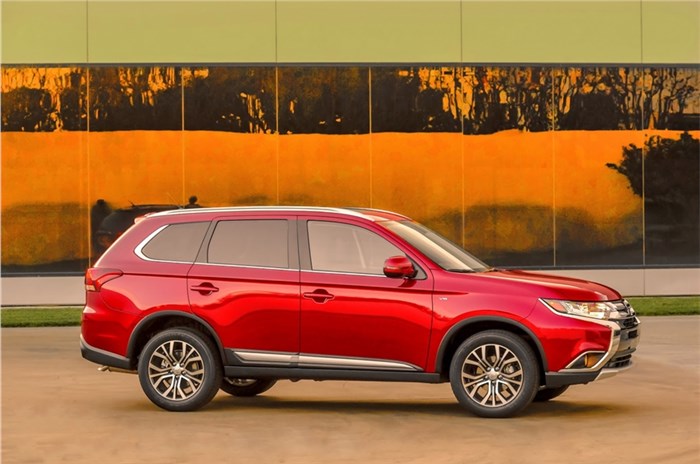 Deliveries of Outlander to commence in May 2018; prices likely to start at Rs 30 lakh (ex-showroom, India).

The Outlander crossover has been prominently displayed as ‘Coming Soon’ on Mitsubishi’s India website for quite some time now, but dealers have finally confirmed they will start taking orders in January or February 2018 with deliveries set to commence by May. There is no confirmation on the final prices just as yet, but we have been informed the Outlander will go on sale for about Rs 30 lakh (ex-showroom).

This third-gen Outlander was launched in international markets in 2012 and received a comprehensive update in 2015. As part of the refresh, the crossover got revised styling in line with newer Mitsubishis. With a4,695mm length and 1,710mm height, the monocoque-bodied Outlander is both longer and taller than the India-bound new Honda CR-V.And, like the CR-V, the Outlander too will offer a third row of seats.

It has been understood that Mitsubishi will introduce the Outlander in a single trim only. And going by the information on the website, equipment such as keyless go, auto headlights and wipers, an electric sunroof, electric parking brake, leather seats, dual-zone climate control, a 6.1-inch touchscreen infotainment system and a 710W sound system will be part of standard kit. The Outlander will also be equipped with six airbags, hill start assist and active stability control.

Powertrain options will be limited to a single petrol engine, at least initially. The engine in question will be a 2.4-litre, four-cylinder unit that makes 169hp and 225Nm. A six-step CVT (with paddleshifters) will be the sole gearbox on offer. Power will be sent to all four wheels when needed via Mitsubishi’s Super-All Wheel Control (S-AWC) AWD system. Alsoavailable will be driving modes that alter engine/gearbox characteristics.

Mitsubishi sold the second-gen Outlander in India in 2008 and gave it a major facelift in 2010. However, the petrol-only Outlander fell out of favour as diesel alternatives grew in number. The upcoming crossover will primarily go up against the new CR-V which will be the only seven-seater of this size to be offered with a petrol engine too.