Next-gen G-class’ styling to resemble the original 1979 model; could feature an enlarged cabin. 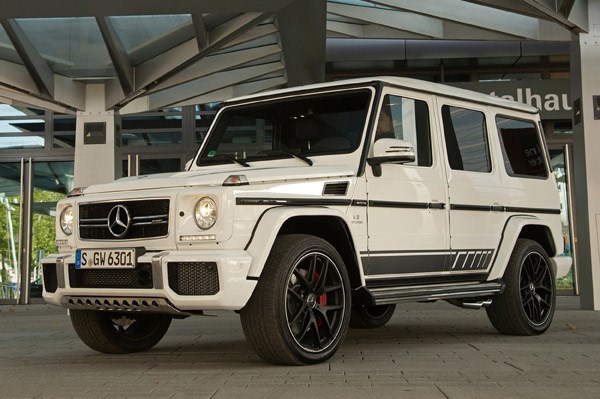 The next-gen Mercedes-Benz G-class SUV is currently undergoing cold-weather testing in Austria ahead of its unveiling later this year. The rugged SUV looks to have the same widened track as earlier development cars, with the fitment of extended wheel arches, as well as minor cosmetic tweaks to its front.

Earlier sightings confirmed that the car will maintain a V8 in the range.

Like all previous generations of the G-class, aka G-Wagen, the future model will have the same basic retro body mounted on a frame chassis with a live rear axle. The enlarged width of the development cars that were spotted suggests that the 2018 G-class could be widened to allow for more cabin space.

This increase in room will likely be accompanied by an updated interior, the evidence for which comes with the new door cards, as well as Mercedes' latest infotainment system. Changes are also likely to be made to the G-class' global engine line-up, which currently comprises a six-cylinder turbocharged diesel and eight-cylinder turbocharged petrol engines.

The 'hot-vee' V8 and V12 units are expected to remain unchanged, and our sources also believe the other V8, an older 5.5-litre unit, will still be offered with the AMG G 63. The six-cylinder diesel of the current G 350 d could be replaced with a more efficient unit which will be shared with the E-class.

The E-class features a 3.0-litre, six-cylinder, turbocharged diesel engine that produces 257.5hp, which is 12.1hp more than the G-class' current diesel unit. It also conforms to the latest Euro-VI emissions standards, so our sources believe the G-class will inherit it. No other significant changes are predicted for the 2018 model, largely because much of the G-class' charm and appeal comes from the fact it has stayed true to the design of the 1979 original.

The updated G-class looks set to make its world debut later this year at the Frankfurt motor show in September, before going on sale in 2018.