The Nissan Juke rival will debut at the Frankfurt motor show in September. 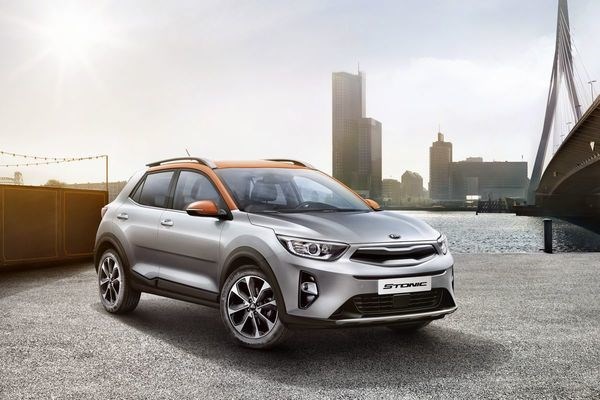 Images have been revealed of the latest subcompact crossover from Kia, the Stonic. The car is closely related to its sister organisation Hyundai's recently launched Kona. It will premiere at the Frankfurt motor show in September and is expected to go on sale from 2018.

Though details haven't come out yet, the new model from Kia is expected to have similar engines and dimensions to the Hyundai Kona. It is likely to share engines with the Rio, given the two cars' shared platforms. This means 1.0-litre three-cylinder, 1.25-litre and 1.4-litre four-cylinder petrol engines, and a 1.4-litre diesel for higher-end cars will be offered. Kia is also expected to offer plug-in hybrid power at a later stage, along with the standard petrol and diesel engine variants. However, it is unlikely to be brought in with four-wheel drive.

The car sports a muscular bonnet and a 'tiger nose' grille flanked by angular headlights and daytime running LED lights. It gets a sporty look due to its swooping roofline, flared wheel arches and large alloy wheels.

The initial rendering of the Stonic evokes a sense of sportiness. The car's exterior will get a tiger-nose grille, sleek headlights and a sharp shoulder line inspired from the larger Sportage and Sorento SUVs. The interior will have smart technological features, such as a floating central infotainment screen.

Kia has already announced its plans to enter India with a US$1.1 billion (around Rs 6,949 crore) factory lined up in Andhra Pradesh. It has an estimated annual capacity of 3 lakh units and production is likely to begin from 201