New compact SUV from Honda will be aimed at the Toyota Raize, Suzuki Jimny and the Daihatsu Rocky in the global market. 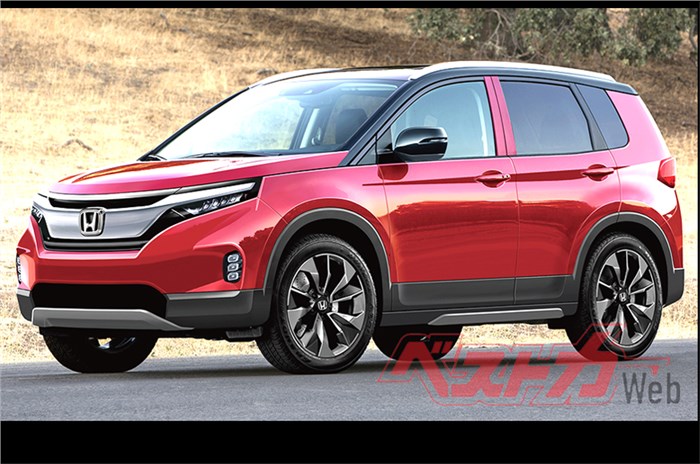 New compact SUV from Honda will take on the Toyota Raize and the Suzuki Jimny among others.

Honda has begun work on an all-new compact SUV that will be a global model. This new SUV will sit below the ageing current-gen HR-V and will be aimed at the booming global compact SUV segment globally. The next-gen Honda HR-V (expected sometime in 2021) will grow in size and will be around 4.4m in length, thus liberating more space below for Honda to comfortably accommodate a sub-four-metre entry-level SUV in its line-up.

According to this website, the new Honda compact SUV will be under 4m in length and will have the Toyota Raize and  the Suzuki Jimny in its sights. The model will share its underpinnings with the latest-gen City sedan (schedule to come to India this month) and is expected to share engines and other interior bits too, in order to help Honda keep costs in check.

As far as engines go, the new Honda compact SUV will initially come with not just one, but two petrol powertrain options, starting with a 1.0-litre turbo-petrol engine shared with the City. The second powerplant for this compact SUV will be a 1.5-litre naturally aspirated petrol engine that could come with Honda’s compact hybrid system, which is now known as e-HEV. Honda could include a diesel engine option too, depending on the market in which the SUV is sold.

As we reported back in April 2018, this new compact SUV from Honda will most likely be one of two new global mass-market SUVs; the second being a four-metre-plus version to rival SUVs like the Hyundai Creta, Nissan Kicks and the Kia Seltos that are now gaining popularity in emerging markets like South America, Russia, and even countries like Indonesia.

There is no news of an India launch yet. However, the compact SUV could be a potential rival to the upcoming Kia Sonet, Hyundai Venue, Tata Nexon, Maruti Suzuki Vitara Brezza and Ford EcoSport in the Indian market – if Honda ever decides to bring it here.