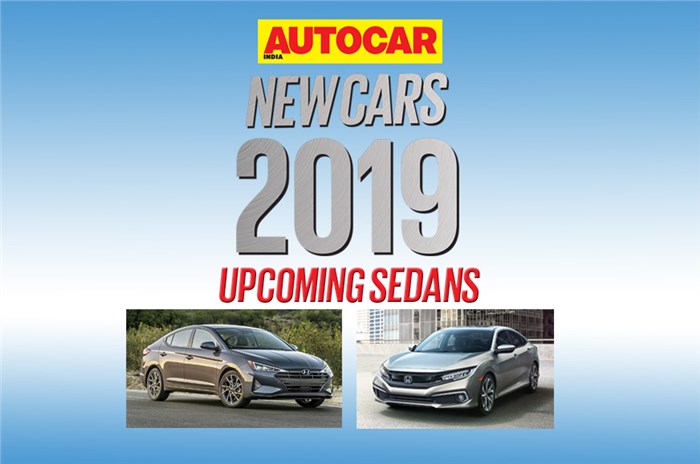 Besides a number of luxury sedans from Audi, BMW and Volvo, Honda, Hyundai and Tata will also launch new sedans in 2019. 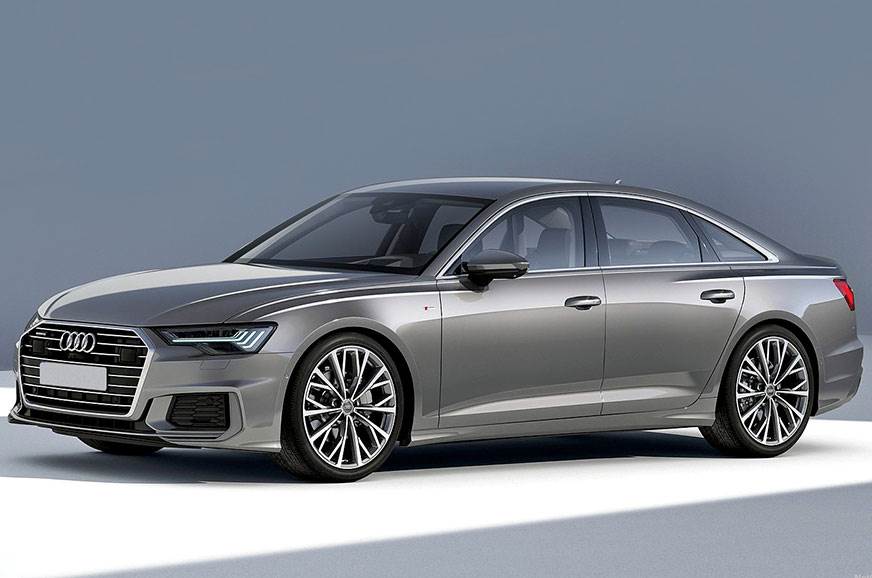 Audi’s all-new A6 will come to India in 2019. A car Audi hopes will get it ‘back in the game’, the new
A6 is sharply styled, loaded with new-age tech and is primed to take on competition in the form of the Mercedes-Benz E-class and the BMW 5-series.

The eighth-generation A6 will be available with mild-hybrid engines only – much like the recently launched A7 – and will later offer a plug-in hybrid as ‘bridge technology’ to pure electric. The most popular engine for India is likely to remain the 2.0 TDI. Similar to the one powering the earlier-generation car, the engine puts out 204hp and 400Nm of torque. In response to the growing demand for a petrol engine, there’s also likely to be a 2.0 TFSI that makes 252hp.

The A6’s material quality and fit and finish promise to be almost as good as on the A8. Inside, it gets three large screens – a 12.3-inch digital instrument panel, a 10.1-inch screen on top of the central console, and another 8.6-inch screen below it. Audi also claims there is more headroom, shoulder room and legroom in the back than before, which will be a welcome change. 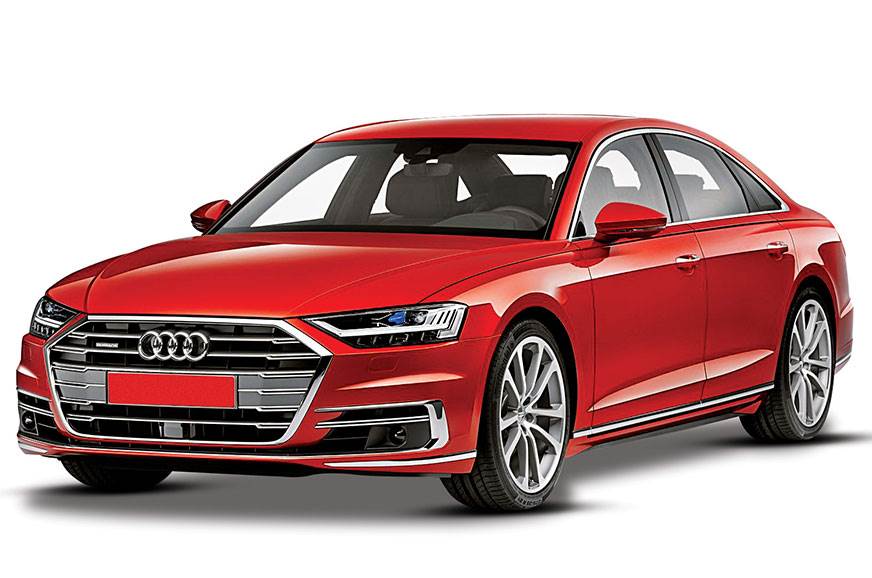 Even before the A6 comes in, Audi will bring the next-gen A8 to India at the start of 2019. Just like the outgoing model, Audi’s S-class rival will be available in long-wheelbase guise.

On the inside, the new A8 gets a clean, contemporary dashboard, a restyled multi-function steering wheel and touchscreen controls similar to those seen on the Prologue concept car. The A8 L’s cabin also features new front seats that are 4kg lighter than the outgoing car’s, a high-definition digital instrument display and a new MMI (Multimedia Interface) system with two separate displays on the centre console – a 10.1-inch unit and an 8.6-inch curved one below it. The engine option for the Indian market at launch is likely to be the 3.0-litre, six-cylinder diesel engine that develops 250hp and 500Nm
of peak torque. 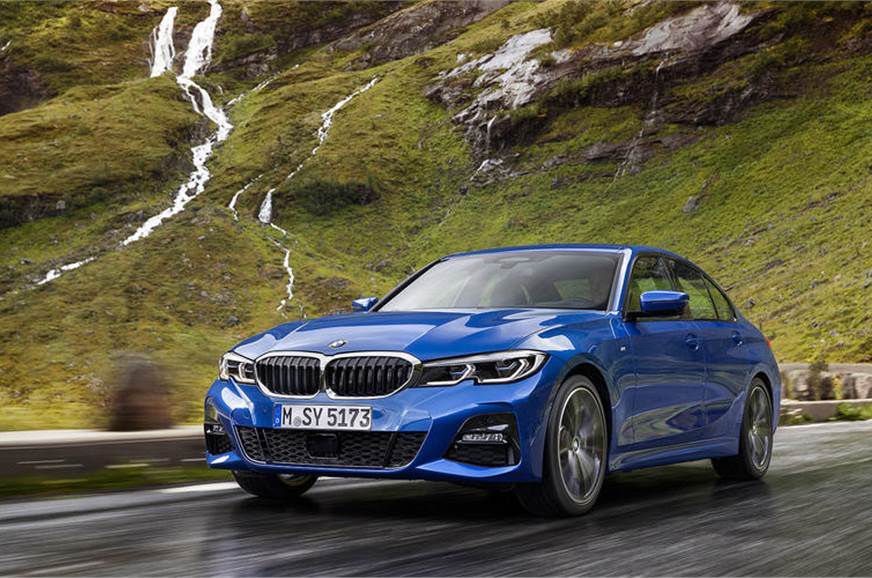 In what will come as good news to those looking for a driver’s car, the new BMW 3-series is on its way to India. The new car is 55kg lighter and 10mm lower than the outgoing model. It will also be fitted with the most powerful four-cylinder engine ever seen in a production BMW – and yet, it is more fuel-efficient than its predecessor. The car also features an updated 8-speed Steptronic transmission and boasts a perfect 50:50 weight distribution.

On the inside, the 3-series will feature gloss and chrome elements on the dash and around the AC vents in response to the tastefully-done interiors of its chief rival, the Mercedes-Benz C-class. The car is also set to ditch the part-digital, part-analogue instrument cluster of other BMWs in favour of a full-digital instrument screen, much like Audi’s Virtual Cockpit. It’ll also likely have more room for rear-seat passengers. 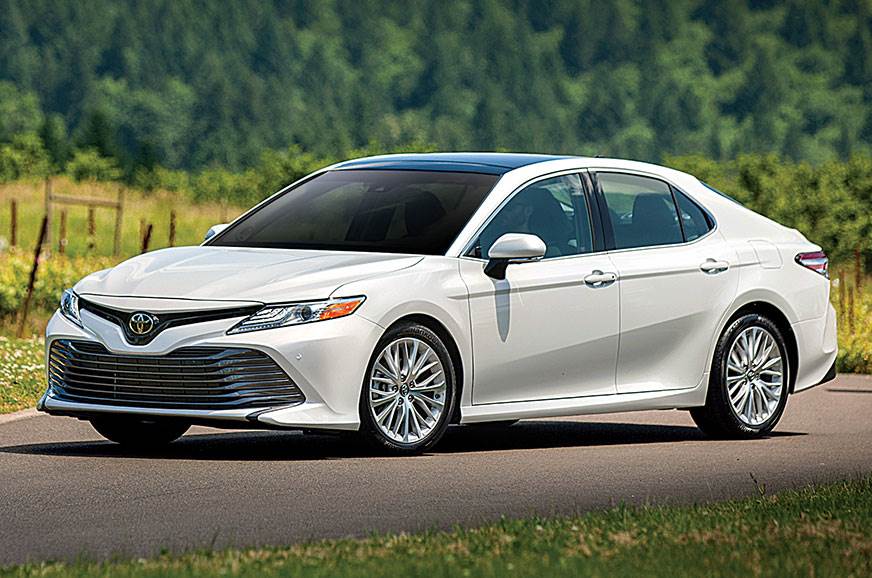 Spun off of Toyota’s New Global Architecture (TNGA), the new Camry is based on the GA-K platform – which it shares with the new Lexus ES 300h. The eighth-gen model is longer, wider and lower than its predecessor, and the length of its wheelbase has gone up by 50mm. This should liberate more room inside an already spacious cabin, something Camry owners have gotten used to, and will surely enjoy with this new model.

The makeover continues on the inside. Unlike the previous car’s uncomplicated but drab dashboard design, the new Camry’s dash features a sweeping design, with an eight-inch touchscreen for the infotainment system neatly incorporated into the centre console.

In India, the eighth-gen Camry will be offered in standard as well as hybrid form. The engine on offer will be a reworked 2.5-litre, four-cylinder petrol motor making 176hp and 221Nm of torque. For the Hybrid, teaming up with the 2.5 is a 118hp (88kW) electric motor, and combined, the Camry Hybrid has a total output of 208hp. Transmission options for the Camry are likely to include a new 8-speed torque converter automatic for the standard version, and a 6-step CVT with paddleshifters for the Hybrid. 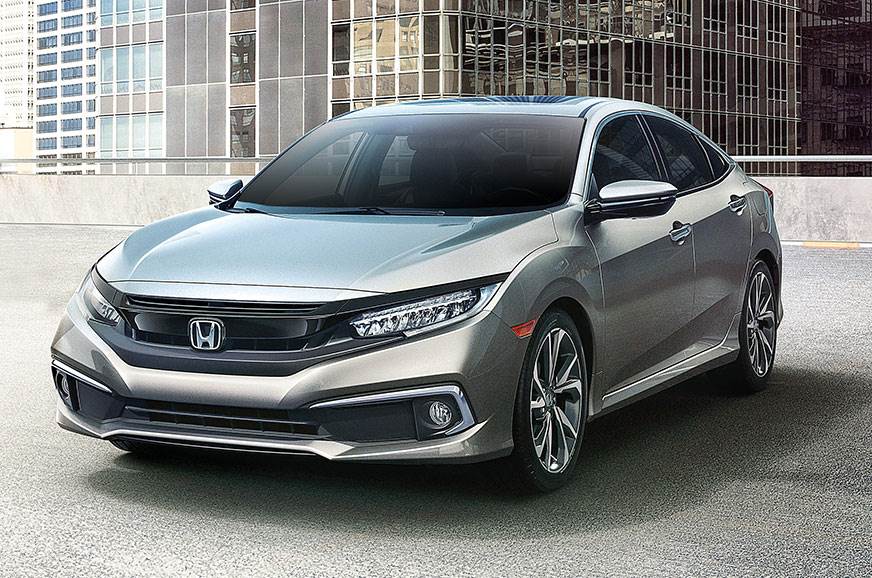 Headed to India next year is the recently unveiled Civic facelift. The refreshed Honda sedan gets subtle changes such as piano-black accents for the exterior and a more angular front bumper with chrome elements for the fog lamp housings. New alloy wheel designs are also part of the mild revision. On the inside, there’s a new 7.0-inch touchscreen infotainment system replete with Apple CarPlay and Android Auto.

The India-bound Civic will come with a 140hp, 1.8-litre petrol engine mated to either a 6-speed manual or an automatic gearbox, and will also be available with a diesel engine for the very first time. The diesel engine will be the same 120hp, 1.6-litre unit that will power the CR-V. However, unlike the CR-V, the Civic diesel will not get an automatic transmission and will solely be offered with a 6-speed manual, as a diesel-auto would be a pricey affair. 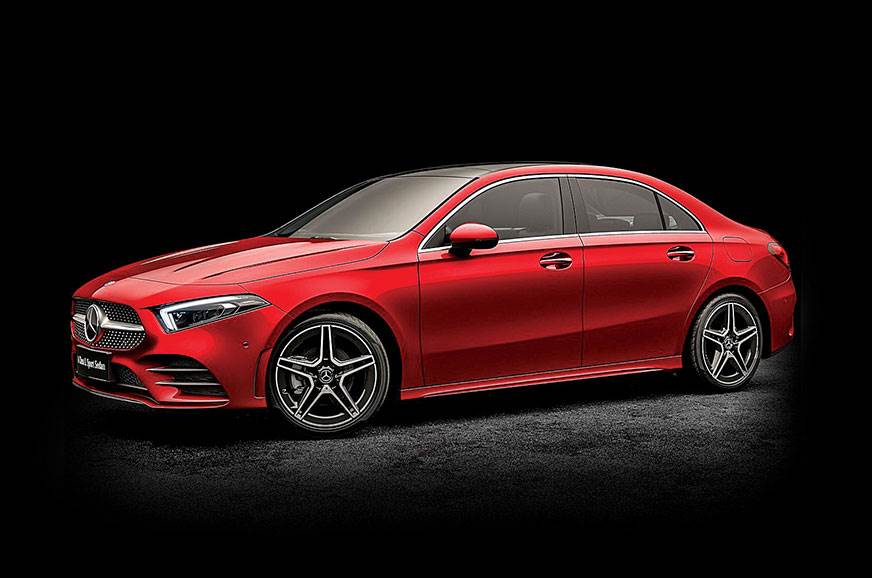 Encouraged by how well-received the long-wheelbase E-class was by the Indian audience, Mercedes-Benz could spring a surprise this year by launching the long wheelbase version of its new A-class sedan, in India. Don’t mistake it for the yet-to-be-revealed new CLA – this is a standalone model, aimed at rivalling the Audi A3 sedan. The A-class L sedan, as it is officially named in China, receives a 60mm longer wheelbase than the standard wheelbase variant – all of it to maximise space for rear-seat passengers, making it the roomiest sedan in its class by some margin. Inside, the new A-class sedan adopts the same high-quality dashboard and advanced infotainment functions as the new A-class hatchback, including Mercedes-Benz’s new MBUX operating system. Engine options could include a 1.4-litre, four-cylinder petrol making 163hp and 250Nm of torque, and a 1.5-litre, four-cylinder diesel producing 116hp and 260Nm. A seven-speed dual-clutch automatic will be on offer. 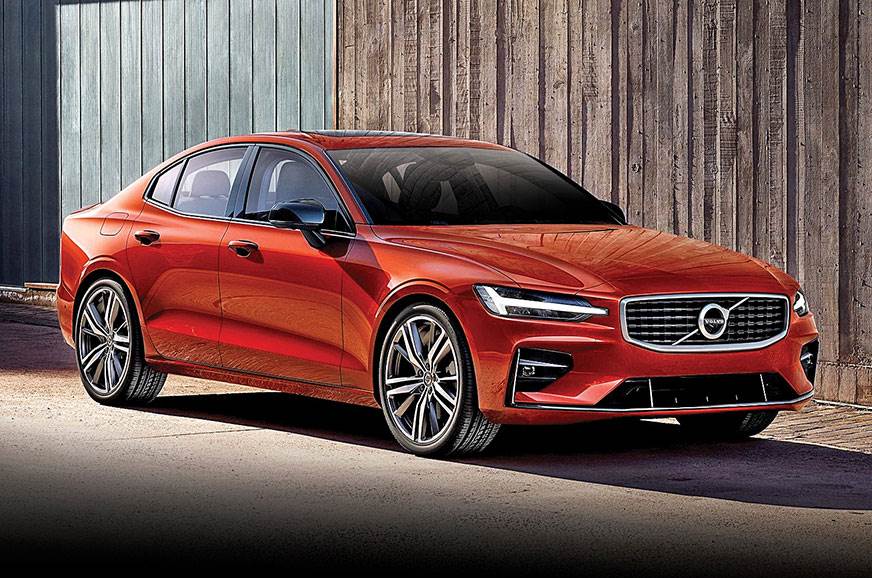 After the XC40, the next big thing from the house of Volvo will be the new S60 sedan, which will take on the likes of the new BMW 3-series, Audi A4 and Mercedes-Benz C-class. Along with the SPA platform and exterior and interior styling, the new S60 also shares its safety and Sensus Connect infotainment systems with other Volvo models. Also part of the package are an optional Pilot Assist system and City Safety autonomous braking capability.

The S60 will be offered with a choice of four petrol engines, including two plug-in hybrids. Yes, there will be no diesel engines on offer. There’s Volvo’s supercharged 2.0-litre T8 Twin Engine, which produces a combined 390hp, with the 303hp petrol engine driving the front wheels and the 87hp electric unit powering the rear axle. This model goes from 0-100kph in 4.9sec on its way to a top speed of 250kph. The entry-level engine on offer with the S60 is the 250hp, four-cylinder, 2.0-litre turbocharged T5 that drives the front wheels and claims a 0-100kph time of 6.5sec. An 8-speed automatic gearbox is standard on all variants. 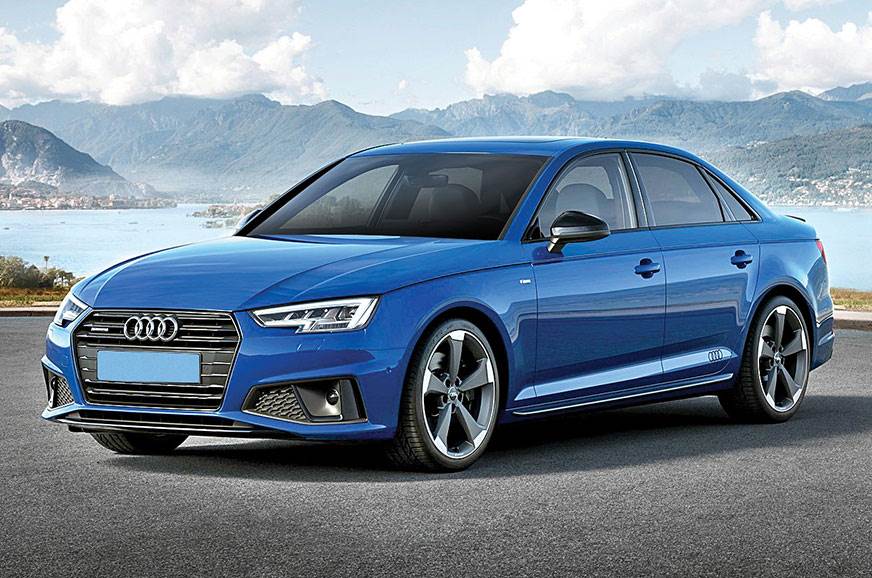 Audi will also bring in the facelifted version of the fifth-generation A4 next year. Changes will include slightly sharper styling elements on the outside, bigger side skirts and a new grille design. All trims will likely also get a 7.0-inch infotainment screen and satellite navigation as standard. 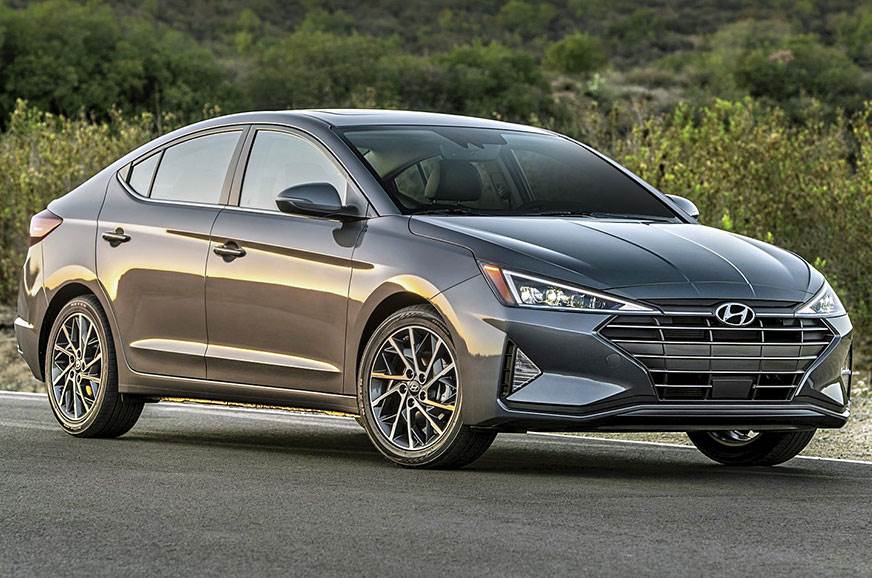 Hyundai has taken the wraps off the 2019 Elantra - and if no one told you otherwise, you’d almost think it was an all-new car. This is an extensive overhaul inside and out. A big change with the Elantra facelift could be the addition of an all-new 1.5-litre diesel engine, which will make it BS-VI-compliant.