The SUV-coupé is slated for an early 2019 launch and is based on the BMW X3. 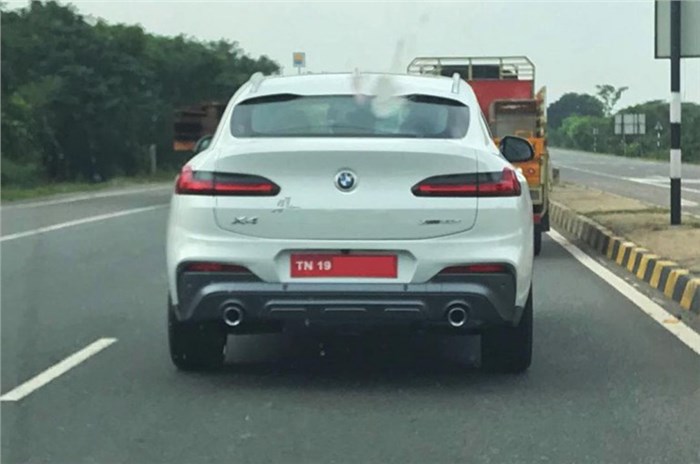 The new BMW X4 has been caught testing on public roads in Chennai without camouflage. The car is slated to launch during the first quarter of 2019. In essence, the X4 is a sportier, coupé version of the X3.

The X4 is powered by a range of four- and six-cylinder petrol and diesel engines, mated to an 8-speed automatic gearbox. All models are also equipped with all-wheel-drive as standard. At this point, the details of the engines BMW will equip the X4 are still unclear.

On the design front, the car carries styling from the X3 till the B-pillar. From there on, the car takes on a coupé-like look ending with a notchback at the rear. On the inside, the X4 will be very similar to the X3 in terms of layout, as well as with respect to the equipment (both safety and comfort equipment) on offer.

Once launched, the BMW X4 it’s likely to be a CBU import and will compete with the likes of Mercedes’ GLC Coupé and Range Rover’s Evoque.

As the Mercedes GLC Coupé is only available in the sporty AMG 43 iteration in the Indian market, it is possible BMW could bring the more hardcore X4 M here to compete with its Mercedes rival, at some point down the line.