The 2018 Honda CR-V will get a diesel engine, sleek and modern looks, seven seats and loads of tech. 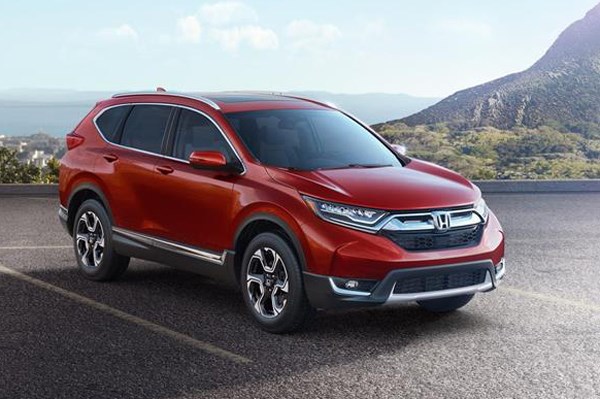 The Honda CR-V had all the ingredients for a popular SUV in the Indian market, except for one little problem – it came with only a petrol engine. In a country where diesel engines are ubiquitous even in hatchbacks, the lack of a gas burner under the hood severely crippled the CR-V’s market success. Come 2018 and that is set to change; Honda will bring the fifth-generation CR-V to India with, finally, a diesel engine on offer. Bring yourself up to speed with what to expect from it:

1.       There’s a diesel engine:
The 2018 CR-V will come with two engine options – the 2.4-litre petrol unit it currently gets as well as a 1.6-litre i-DTEC diesel unit. While the petrol engine will put out 190hp, the diesel’s output will be 158hp at 4,000rpm and 350Nm at 2,000rpm. Both engines will come mated to automatic gearboxes, with the diesel getting a nine-speed unit from ZF. Both models are expected to come with front-wheel drive as standard and all-wheel drive as an option.

2.       It will seat seven this time around:
The CR-V, till date, has been a five-seater in India. The fifth-gen CR-V, at least for Asian markets, departs from that with a seven-seat layout. With 41mm more between the axles and better interior packaging, the CR-V will result in better cabin space as well as a bigger boot.

3.       Styling is cleaner, more in line with other Honda models:
The 2018 CR-V features cleaner, more angular and more modern styling than its predecessor. The nose section, in particular, is similar to other current Honda models such as the Civic and BR-V. That said, the CR-V is generously littered with SUV styling cues such as all-round body cladding and large, flared wheel arches. The 2018 CR-V will also be more aerodynamic, featuring automatic shutter grille tech.

4.       It’ll be tech-laden:
The 2018 CR-V will get a 7.0-inch touchscreen infotainment system replete with support for Apple CarPlay and Android Auto. It will also be laid out with high-quality soft-touch material. Additionally, it will get features like remote engine start, dual-zone climate control, heated wing mirrors, and an electric parking brake, along with equipment such as USB charging ports for the second row, a four-way power-adjustable front passenger seat and an eight-way power-adjustable driver's seat.

5.       Expect competitive pricing:
The 2018 CR-V’s diesel engine will be locally assembled in India, helping Honda price the SUV competitively. The 2018 CR-V will compete with the Hyundai Tucson, the upcoming Jeep Compass and the recently launched Volkswagen Tiguan.