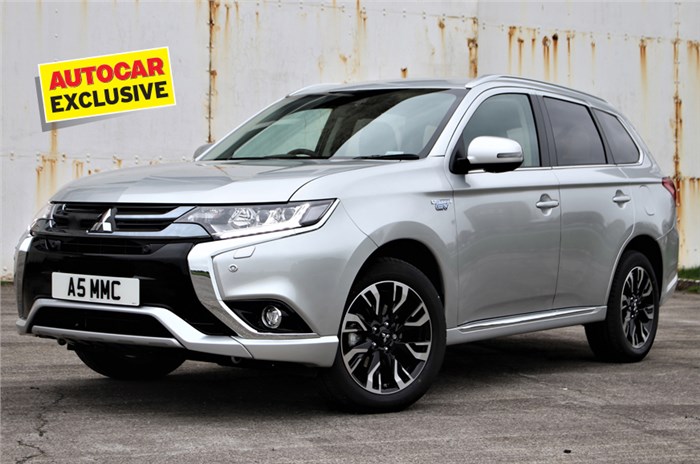 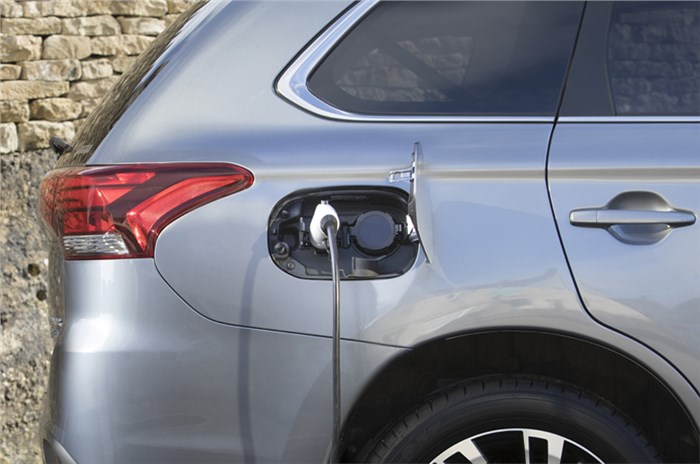 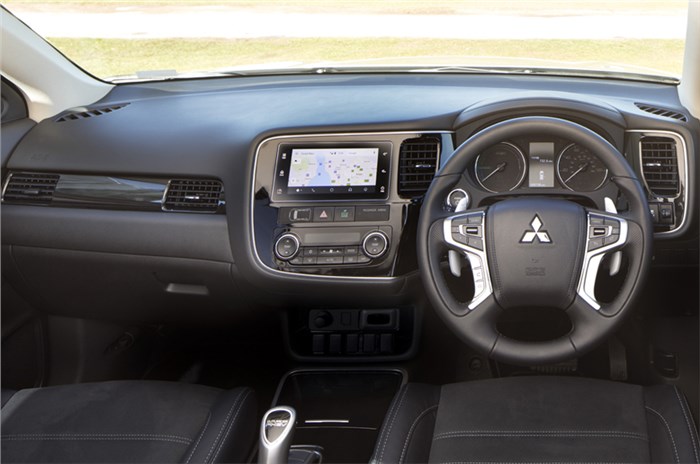 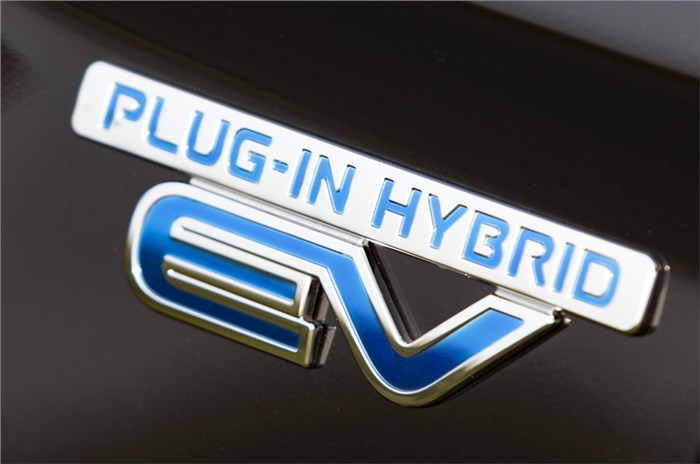 The hybrid SUV will be brought in as a CBU from Japan; expected to be priced above Rs 35 lakh.

Autocar has learned that Mitsubishi is working on bringing the Outlander PHEV, its plug-in hybrid SUV, to India. This hybrid is not to be confused with the standard seven-seat Outlander that is scheduled to launch in India soon. The PHEV’s hybrid badge and CBU import status (direct from Japan) means that the SUV is expected to carry a price tag of above Rs 35 lakh (ex-showroom).

The Outlander PHEV's hybrid powertrain uses a 2.0-litre, four-cylinder, naturally aspirated petrol engine (making 118hp and 186Nm of torque) that works in tandem with two electric motors (one mounted above the front axle and one over the rear) that make 82hp, each. The combined peak output of the petrol-electric system is 203hp, which is sent to all four wheels. The 12kW lithium-ion battery pack that provides power to the electric motors can be charged in just six and a half hours. It also capable of fast charging and is able to achieve 80 percent charge in 30min.

The Outlander PHEV gets three drive modes – an all-electric mode, a mode where the petrol engine charges the depleting battery (series hybrid) and finally, a mode wherein the petrol engine takes the forefront with the electric motor providing assist (parallel hybrid). Mitsubishi claims a fuel efficiency figure of 58kpl, and says that the SUV can go 50km on pure electric power and even hit speeds of up to 120kph in EV mode.

Besides its hybrid powertrain, the Outlander PHEV stands apart from the standard model on the inside, as well. It seats five rather than seven – this is understandable, considering it has to lug around the battery pack and electric motors, as well. Compared to the seven-seat Outlander, the PHEV version is about 260kg heavier, tipping the scales at 1,860kg. The size of the fuel tank has also been reduced from 60 litres to 45 litres.

In terms of styling, besides the PHEV badging (which gets blue highlights) there isn’t much to differentiate between the Outlander and its plug-in hybrid version. Both models are also expected to get the same level of safety kit – seven airbags, hill-start assist and active stability control. The feature list is expected to include keyless go, auto headlights and wipers, an electric sunroof, cruise control, an electric parking brake, leather seats, dual-zone climate control, a 6.1-inch touchscreen infotainment system and a Rockford Fosgate sound system.

The Outlander PHEV doesn’t have any direct competition in India – the closest rival to it is the far more expensive Volvo S90 T8, which currently retails at Rs 1.28 crore (ex-showroom, India).