Order backlog for the MG Hector SUV currently stands at around 38,000 units; company has gathered 10,000 bookings in phase 2, so far. 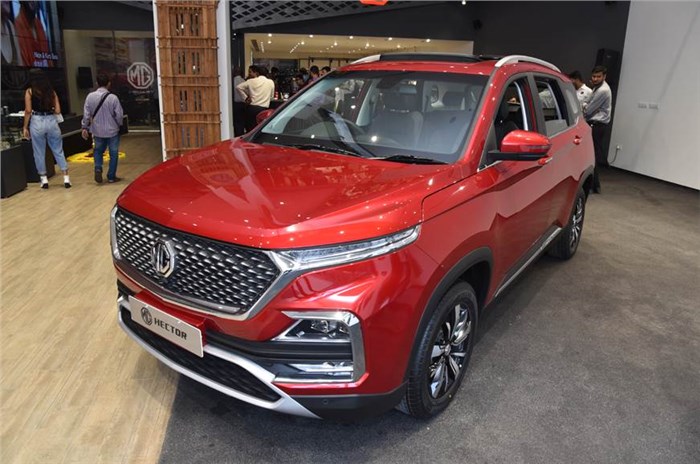 MG Motor India has announced that it has sold 3,536 units of Hector SUV to customers. This is the highest number of units of the SUV sold by the company since the model was launched earlier this year.

The 3,536-unit figure is in line with our prediction last night about the brand retailing more than 3,000 units of the Hector SUV last month. The company recently ramped up production at its Halol plant in Gujarat with a second shift for some departments and will gradually introduce this to all its departments to facilitate an increased monthly unit production.

The company has already gathered around 10,000 bookings of the Hector SUV in the phase two, which commenced in September. The total number of bookings for the model currently hover around the 38,000 mark.

The company is currently readying BS6-compliant petrol and diesel versions of the Hector SUV however these will hit the market only next year. Additionally, a six-seater derivative is also in the works which will also see minor cosmetic tweaks that differentiate it from the five-seat model.