V-class Elite likely to be based on updated V-class revealed internationally early this year; to be the range-topping model in the India line-up. 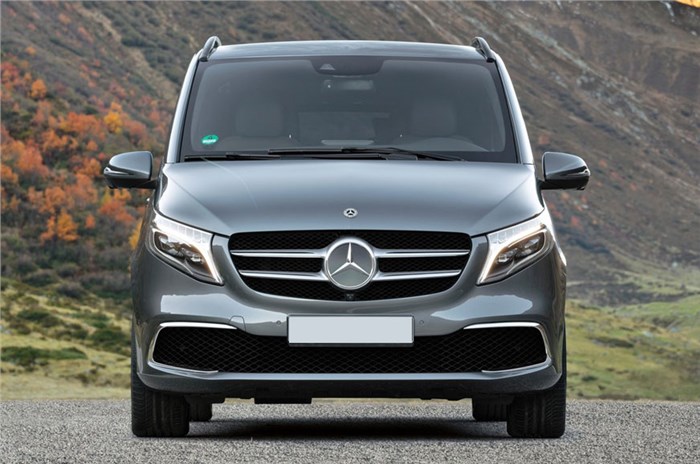 Mercedes is set to launch a more upmarket variant of the V-class, the V-class Elite on November 7, 2019. The new top-end variant is expected to be based on the refreshed V-class revealed in international markets earlier this year, and will be available in the long-wheelbase (5140mm) form. India will also get the extra-long wheelbase (5370mm) model but, according to sources, it will not be sold in this top-spec variant.

On the styling front, the V-class Elite is expected to feature tweaked light clusters and bumpers at the front and rear, as well as a revised grille. Inside, it is expected to get a dashboard with new control surfaces and turbine-style air-con vents from newer Mercedes models. Also, expect the infotainment system to get a larger display.

The international V-class gets seating options ranging from four seats to seven seats. It is not clear what seating layout will be offered on this new fully loaded variant, but expect the cabin to be plusher and better appointed than the current V-class Exclusive.

Internationally, Mercedes has introduced a new diesel engine for its V-class range, though it is not known if this unit will be offered or if the current V-class’ engine will be carried forward.

The Mercedes V-class currently has no direct rivals but it will go up against the Toyota Vellfire which is expected to launch soon.