CBU import Maybach S 680 priced from Rs 3.20 crore, but the S 580 will be locally assembled from the start. 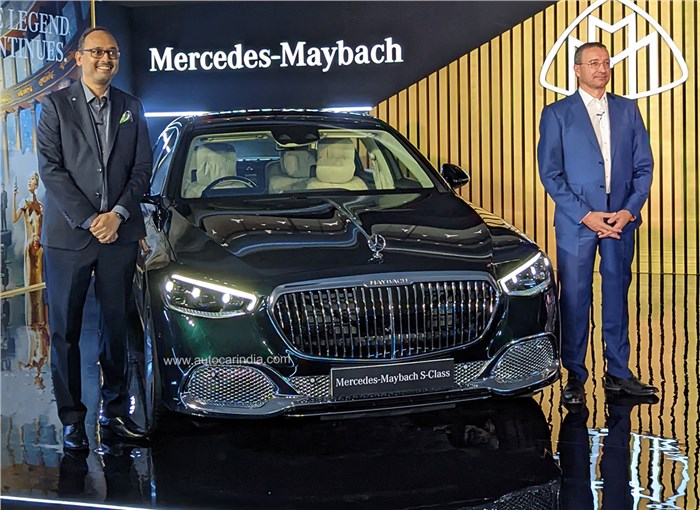 The new Mercedes-Maybach S-Class has been launched in India with prices starting from Rs 2.50 crore (ex-showroom, India). The luxury limousine is available in two variants – the locally assembled S580 and the CBU import S680. With a starting price of Rs 3.20 crore (ex-showroom, India), the S680 is the most expensive Maybach model on sale in India.

Like its predecessor, the new Maybach is based on the latest V223 (long-wheelbase) S-Class luxury sedan, with the wheelbase stretched by a further 180mm, along with a more opulent and spacious cabin.

Mercedes-Maybach S-Class: how is it different from the regular S-Class

To begin with, the Maybach's stretched wheelbase is apparent when viewed from the side with the rear door too being noticeably bigger. Up front, the nose now wears the trademark vertical louvered Maybach grille with additional chrome detailing thrown on the front bumper. Other Maybach specific cosmetic tweaks include the model-specific alloy wheels and the Maybach badging and logos on the tailgate and C-pillars. The Maybach S680 additionally can be optioned with dual tone exterior colour schemes and more.

The cabin too doesn’t stray far from the new S-Class, though buyers do get the option of Maybach specific interior trims and leather upholstery. Even the displays and central touchscreen run Maybach specific graphics.

Moving to the rear, occupants will have additional space to stretch out thanks to the longer wheelbase. The Maybach gets powered rear seats – individual seats separated by a full length floor console in the S 680 – with the rear left passenger getting the option to completely stretch out – the push of a button moves the unoccupied co-driver seat forward along with reclining the rear seat's backrest and extending the leg rest.

The Maybach S-Class is available with two engine options – a 4.0-litre V8 (S 580) mild-hybrid and a more powerful 6.0-litre V12 (S 680). The S 580 puts out 503hp and 700Nm with the mild-hybrid system offering an additional boost of up to 20hp and 200Nm under hard acceleration. The S 680 meanwhile develops 612hp and a mammoth 900Nm of torque. Both engines are paired with a 9-speed automatic gearbox as standard with power being sent to all-four wheels.