New Maruti WagonR Stingray to slot above the current WagonR; launch expected in the coming months. 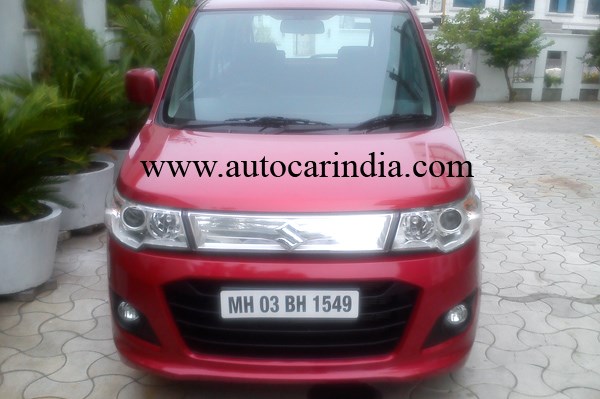 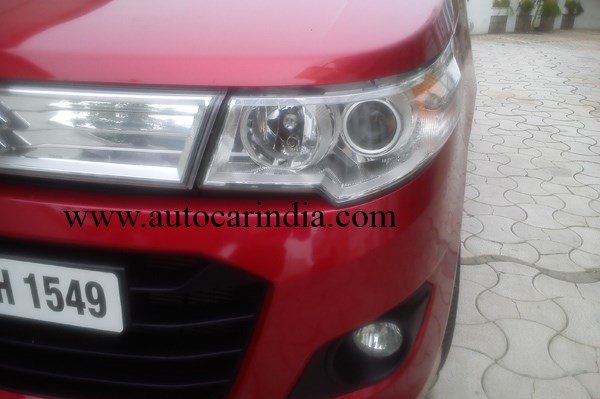 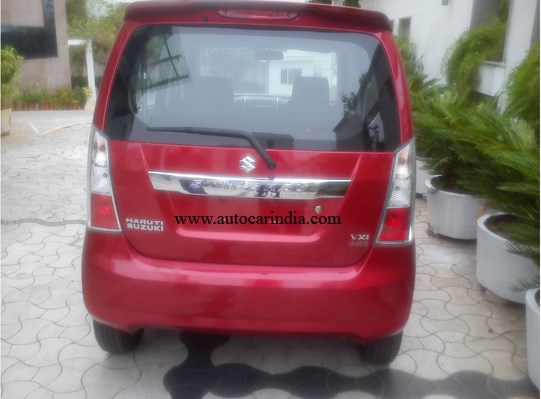 We reported yesterday that Maruti is planning to launch a sportier looking version of the WagonR, called the Stingray, here and now, we’ve got our hands on undisguised spy pictures of the car.

As seen in the photos, the WagonR Stingray’s front gets slim headlamps which houses projector-beam units and most of the styling including the flat front bonnet, slimmer chrome grille, all-new bumper with a bigger air dam and slightly restyled fog-lamp housings, is based on that of the Japanese Stingray. Continued..

While the side profile remains mostly the same, the Stingray gets unique alloy wheels in brushed grey finish. At the rear, there are the new, slimmer tail-lamps with clear lens units, a new prominent chrome strip over the license plate with bold WagonR Stingray badging and a rear spoiler.

The WagonR Stingray will sit above the current WagonR. The carmaker has taken this initiative in order to draw back attention to the brand. The pictures also show that the Stingray’s VXI variant would come equipped with ABS.  Continued...

The sportier looking WagonR will also reportedly come with slightly spruced up interiors in the form of different colours for the upholstery and other minor tweaks.  The WagonR Stingray is expected to carry the same three-cylinder 67bhp 1.0-litre K10 series motor as seen in the current WagonR.

Expect the Stingray to be priced around Rs 40,000-50,000 more than the current WagonR when it hits the showrooms soon.