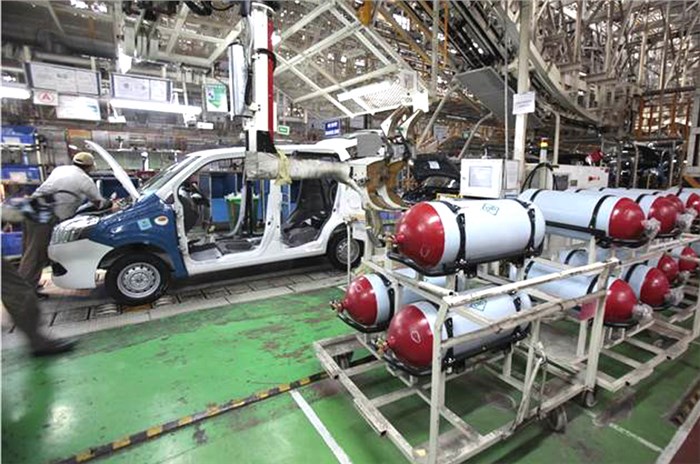 Maruti Suzuki's Manesar plant has a manufacturing capacity of 8,80,000 units per annum in three shifts and three assembly facilities.

Maruti Suzuki has received a green light from the Gurugram district administration to restart operations at its Manesar plant, following weeks of closure on account of the nationwide lockdown. As per the order, the operations can be carried out only in a single shift and with following of mandatory social distancing guidelines.The Manesar plant has a manufacturing capacity of 8,80,000 units per annum in three shifts and three assembly facilities. The Alto, Swift and Dzire are some of the models made at the Manesar plant.

Maruti Suzuki, however, is yet to decide on when it will resume production. According to sources, some vehicles that are built at the Manesar plant need components and parts that are manufactured at the carmaker's other plants. For instance, Maruti’s plant in nearby Gurugram cannot be reopened as yet. The company was granted permission for only 600 employees instead of 4,696 that was requested, thus resulting a big shortage in workforce for smooth running of the plant. Sources also tell us that the yard at the Manesar plant still has inventory that is yet to be dispatched to dealers, which will take place only once the lockdown lifts.

The company had stopped production at its Manesar and Gurugram plants on March 22, 2020, and also stopped operations at its Rohtak R&D centre. The Gurugramplant has a manufacturing capacity of 7,00,000 units per annum in in two shifts and in two assembly facilities.

In a statement issued on March 22, 2020, the company had said that it "has been taking all recommended precautions in its operations against the spread of COVID-19, which includes sanitisation and hygiene, temperature checks, maximising video-conferencing and minimising contact, closing employee travel, health and distancing advisories to employees and following all government directions on the subject."