Speed-limiting device comes factory-fit on the hatchback; taxi version based on the LXi (O) trim. 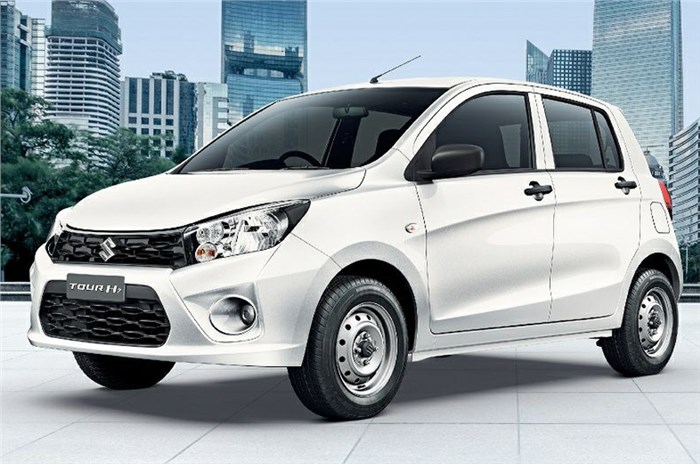 Maruti Suzuki has introduced a new taxi version of its Celerio hatchback, the Tour H2, specifically for cab aggregators at Rs 4.21 lakh (ex-showroom, Delhi). The Tour H2 is based on the LXi (O) variant of the Celerio and shares everything with that model. In terms of pricing, it falls between the Celerio’s LXi and LXi (O) trims.

A highlight of the Tour H2 is that a speed-limiting device is a standard fit on the model. Based on recently revised Indian government regulations, taxis have to be equipped with a speed limiting device, which is meant to help curb the large number of road accidents that happen on India’s roads.

Like the Dzire Tour S taxi (which is based on the Dzire compact sedan), the Tour H2’s top speed is limited to 80kph.

Besides this addition, the Tour H2 shares its 68hp/90Nm, 1.0-litre, three-pot petrol engine and five-speed manual transmission with the Celerio. As it is based on the hatchback’s LXi (O) trim, it shares all the features, from the driver’s side airbag to the naked steel wheels. The LXi (O) trim, at Rs 4.34 lakh (ex-showroom, Delhi) is priced about Rs 13,000 higher than the Tour H2.

The manufacturer recently launched the crossover version of the Celerio and will bring its new, third-gen Swift to the Indian market at the upcoming Auto Expo 2018.