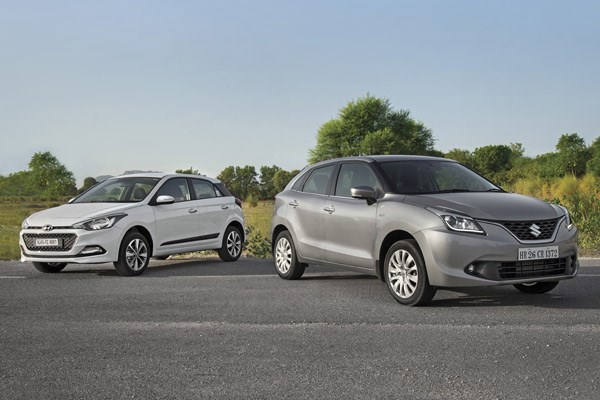 Nearly three months after its launch, the Maruti Baleno has edged ahead of key rival, Hyundai i20 in December sales to become the best-selling premium hatchback.

The second car to be sold via Maruti’s premium showroom Nexa, after the S-Cross, the Baleno sold 10,572 units in December 2015 as against 10,379 units of Hyundai’s bestseller i20.

Maruti Suzuki, India’s top-selling carmaker launched the Nexa showroom channel across the country in early 2015, with an aim to provide a personalised and unique experience to customers. Baleno is fast proving to be Nexa’s most successful model. The company has sold over 40,000 vehicles via its Nexa outlets until December comprising 16,594 units of the S-Cross crossover and 23,875 units of the Baleno.

While the upbeat performance of the Baleno is a reason to cheer, the hatch will have to fight hard to remain ahead of the established i20. Besides, with sales of the S-Cross slowing down in the past few months, the carmaker will be banking on the Baleno to revive volumes in the premium segment.
The carmaker recently cut prices of the S-Cross, by up to Rs 2.05 lakh in an attempt to boost sales. The prices of the car now start at Rs 7.79 lakh (ex-showroom, Delhi) and go up to Rs 11.69 lakh for the top-spec variant.

The Baleno is currently powered by Fiat-sourced 1.3 DDiS diesel, which is good for 73.9bhp and 19.3kgm of torque and Suzuki’s 1.2-litre K12 petrol engine making 83.1bhp and 11.7kgm of torque. Both engines come mated to five-speed gearboxes, with a CVT automatic gearbox option offered on the petrol variant.

Moreover, the carmaker may consider introducing the more powerful 89bhp or 200 DDiS version of the 1.3 Fiat Multijet diesel in the Baleno at a later stage, which would further lend a boost to prospects of the hot-selling hatch.

Maruti Baleno vs Honda Jazz vs Hyundai i20 comparison