With the start-up to be made official tomorrow, here's what you should know about Mahindra's new Europe-based company that will produce performance-oriented electric cars. 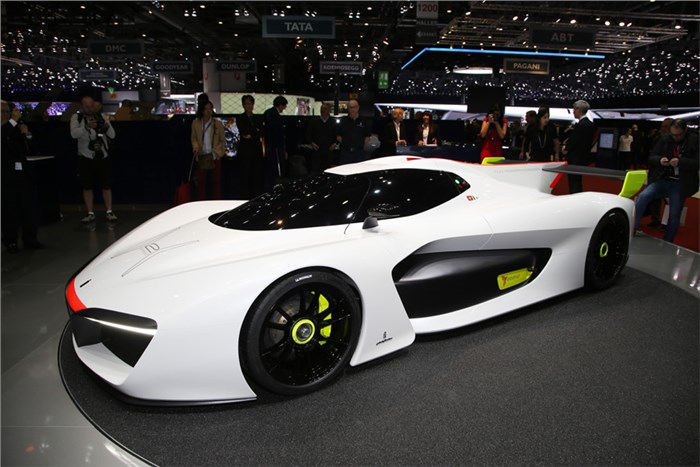 We broke the news last month and caught the world by surprise, and now, it's about to be made official. Mahindra is all set to reveal its new EV start-up tomorrow, in Italy, ahead of the Formula E Rome ePrix. But before that announcement is made, here are five things you need to know about Mahindra's new company:

Designed by Pininfarina
Mahindra has a burning ambition to join the global EV race and is keen on taking a crack at the high-end EV market. Its new start-up (codenamed 'Project Montana', based in Europe and to be headed by ex-Audi India chief Michael Perschke) will develop a range of high-end, low-volume models that can stand toe to toe with the best sportscars and SUVs in the world. And to get things spot on, Mahindra is playing the Pininfarina card. The new company is likely to be called Automobili Pininfarina, and all the design and styling for the new EV range will be done by the famed Italian design house. All the cars will sport the Pininfarina badge, thus fulfilling the dream of its founders to make a road car under its own brand name.

Powered by Rimac
With the right people working on the design, Mahindra knows how important it is to have the right powertrain as well, and so, it has roped in Rimac – an EV specialist that makes electric hypercars. It stunned the world at this year's Geneva motor show with the premiere of its second hypercar, the C_Two concept. The C_Two develops a claimed 1,915hp and can accelerate from 0-100kph in a scarcely believable 1.85sec. Rimac is also developing and manufacturing the battery system for the Aston Martin-Red Bull Racing's AM-RB 001 hypercar as well as the Koenigsegg Regera.

A Bugatti Chiron rival will be up first
Leading the charge (no pun intended) will be an electric supercar that will rival the 1,500hp Bugatti Chiron. Internally dubbed 'PF-Zero', the electric hypercar will be one of the four models to be developed by the new start-up, with a limited production run of around only 20 units planned.

High-performance SUVs to follow
A range of electric SUVs is also being developed to be produced on a larger scale, and topping this range will be a Lamborghini Urus fighter, codenamed PF1.

The fully electric PF1 will be developed on a modular platform that will boast a battery pack of around 140 kWh and an output of over 700kW (around 940hp). The company is targeting a 0-100kph run of under 3sec. The two other SUVs in the range will compete in the large and medium-size luxury segments, going up against vehicles such as the Porsche Cayenne and Porsche Macan, respectively.

First car coming in 2020
The initial seed funding of $100 million will be utilised towards the development of the performance SUV and supercar; the latter is expected go into development in 2018-19 and on sale by 2020. According to company sources, the new start-up will look at strategic partners for additional funding to expand its line-up, with an aim to launch four models in five years at a total investment of $500 million (over Rs 3,200 crore).