The Mahindra XUV 300 compact SUV has been launched in India, and takes on the Maruti Suzuki Vitara Brezza, Tata Nexon and Ford EcoSport. Here are 5 key things you need to know about Mahindra’s new compact SUV. 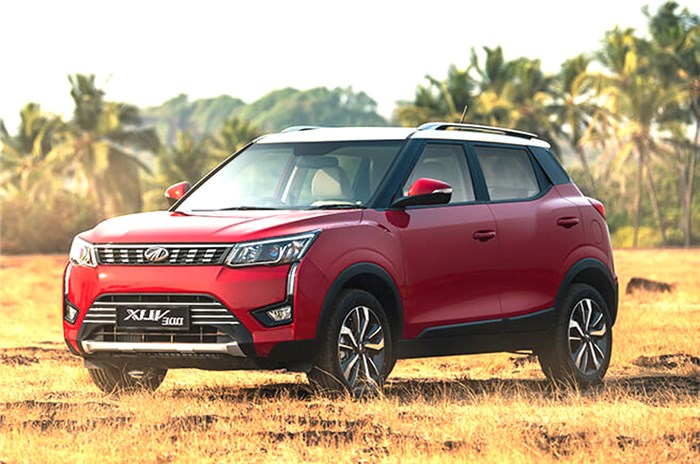 The all-new Mahindra XUV300 is the latest launch by the SUV maker and it has been a long time coming. While it is based on the SsangYong Tivoli, the XUV300 has been thoroughly re-engineered and also shortened to fit into the sub-four metre bracket to avail tax benefits. The Mahindra XUV300 compact, sub 4-metre SUV takes on a long line of compact SUVs and is also an alternative to sedans and premium hatchbacks in the same price band. The Mahindra XUV300 gets both petrol and diesel engines, so let’s delve deeper into the top 5 things you need to know about this brand new SUV before you step into a Mahindra showroom to buy one.

Mahindra XUV300 engines and gearbox
The Mahindra XUV300, as mentioned earlier, gets both petrol and diesel engines. The diesel engine on the XUV300 is a 1.5-litre, four-cylinder, turbocharged motor making 117 hp and 300Nm of torque. The petrol engine is a 1.2-litre, three-cylinder turbocharged motor making 110 hp and 200 Nm of peak torque. Both engines are mated to a six-speed manual gearbox but Mahindra has already confirmed that an AMT automatic version of the XUV 300 is already in the works and will launch in the coming months.

Mahindra XUV 300 safety and features
The top-spec Mahindra XUV300 is packed to the gills with features. Available on the W8 Optional Pack are a 7.0-inch touchscreen infotainment system with Apple CarPlay and Android Auto, a sunroof and dual zone climate control, but misses out on rear AC vents. The XUV300 W8 Optional Pack also gets class-leading safety kit with seven airbags, electronic stability control, ABS and disc brakes on all four wheels. The XUV300 also gets features such as cruise control, auto wipers, auto headlamps, auto-dimming inside rear view mirror and heated outside rear view mirrors. The Mahindra XUV300 also gets three steering modes – Normal, Comfort and Sport - to make the steering lighter or heavier, along with front parking sensors (a first in the segment) along with rear parking sensors and reverse camera.

Mahindra XUV300 competition
The Mahindra XUV300 will take on not only its natural rivals in the compact SUV space such as the Maruti Suzuki Vitara Brezza, Ford EcoSport and Tata Nexon, but also the likes of Mahindra’s own TUV300. And considering the fact that the SUV is more expensive than its competition, it also takes on more expensive (and larger) SUVs such as the Hyundai Creta, Nissan Kicks and Renault Captur. And while a few years ago car buyers in India would go shopping with a certain body style in mind, the fluidity of our car market means the Mahindra XUV300 will also take on the likes of compact sedans such as the Honda City, Hyundai Verna and the Maruti Suzuki Ciaz. All in all, the Mahindra XUV300 certainly has its work cut out for itself.