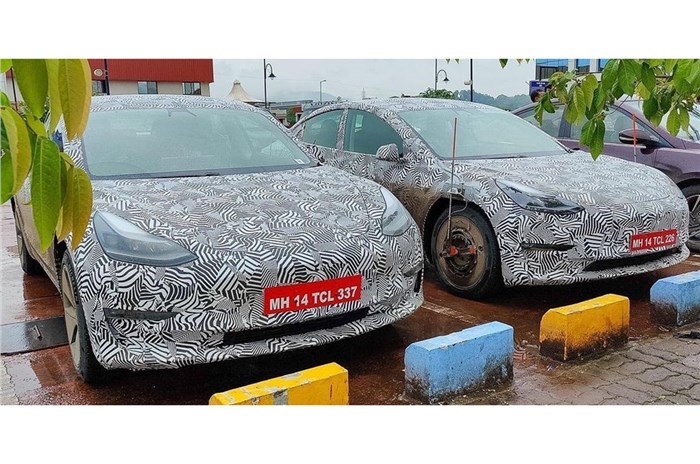 Electric carmaker Tesla's much-awaited India entry has hit an unexpected speedbreaker, quite literally. The Tesla Model 3, which was expected to be the first model to go on sale in India, was found to have insufficient ground clearance during testing on our roads, sources privy to the matter have told Autocar India.

The Model 3's inadequate ground clearance is something we had highlighted in our exclusive India drive in the September 2021 issue of Autocar India, saying that it was something that needed to be sorted out prior to launch.

The Tesla Model 3 electric sedan has a ground clearance of 140mm, which has proven to be an issue on Indian roads, with the vehicle bottoming out on speed breakers. What is worth noting is that the Model 3 rides on coil springs which can't be adjusted for extra clearance.

The Model 3 is believed to have bottomed out over some of the bigger speed breakers on its trials and that the company is looking at re-engineering the suspension to increase the ground clearance. 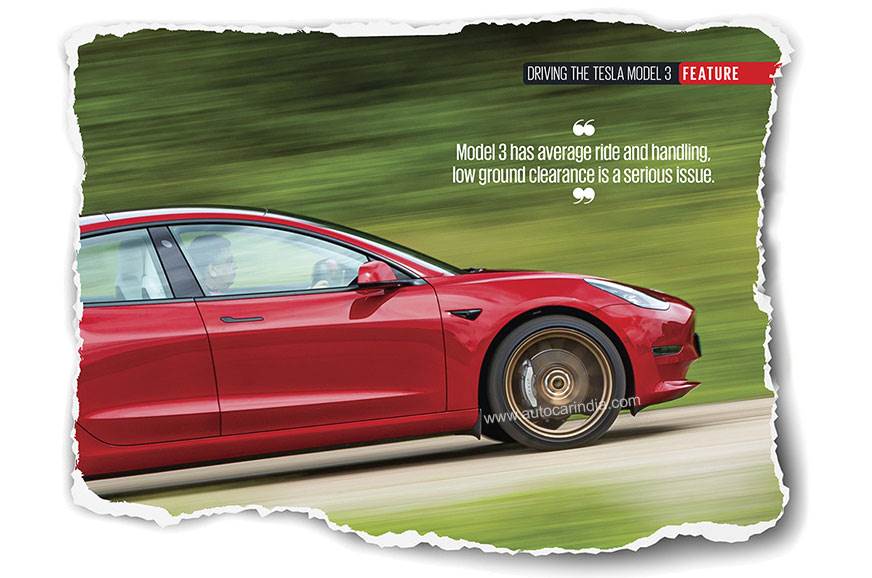 We had pointed out Model 3’s low ground clearance in our exclusive drive in our
September 2021 anniversary issue.

It’s good that the company addressing this issue, as ground clearance – or, the lack of it is almost a common trait among electric cars that position their heavy battery packs low. The Mercedes-Benz EQC also tends to scrape its belly on speed breakers, and it’s something we also noticed in the Tata Nexon EV on a mild off-road trail in Satpura. And while both those EVs are SUVs, the Tesla Model 3 is, notably, a sedan.

The matter is compounded on bespoke EVs, such as the Model 3, which are designed to make the most of the packaging freedom that electric vehicle architectures allow, and are typically built around longer wheelbases. Low clearance and a long wheelbase add up to a poor ramp breakover angle, which is far from ideal on poorly surfaced Indian roads.

Higher-end Tesla models, like the Model X crossover, get air suspension, which does allow you to increase the ride height at the touch of a button. Of the current lot of EVs on sale in India, the Audi e-tron and e-tron Sportback get air suspension as standard, while the Jaguar I-Pace offers the feature as an optional extra.

Given this development, the Model Y crossover could be the first Tesla to come to India as an import. The Model Y is one of the four models undergoing homologation for the Indian market.