Given the current disruptions in the auto industry, the ruling has been pushed back by one year. 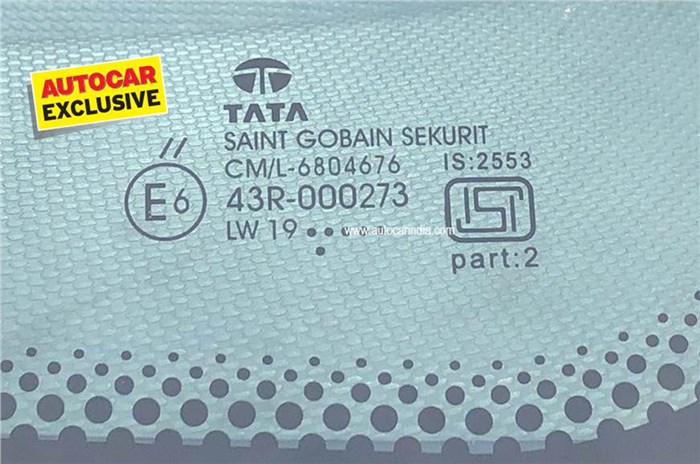 We reported last year that the government was working to bring in a legislation where all glass used on car windows and windscreens would have to carry the ISI mark, and we have now learned that this move has been deferred by one year due to process-implementation issues.

The goal behind the legislation is to curb the use of sub-par or low-quality glass, especially during replacement, which has been an issue in the country. Meant to be enforced by the Bureau of Indian Standards (BIS) sometime in 2021, the proposed legislation would see all made-in-India and assembled-in-India cars carry the ISI mark on their window and windscreen glass, while imported cars (CBUs) would be exempt.

However, in the case of CKD models, this would mean the glass would have to be certified in India, then stamped with the ISI mark at the point of manufacture, before being imported into the country. Understandably, some manufacturers that rely on CKD kits did voice their concerns.

It would be a particularly difficult process for small-volume manufacturers, as they would have to undergo the testing and certification process, as well as add ISI mark stamping to their global production line, all for a very small volume of cars. This small batch size also means it’s difficult to get local component makers to supply the glass at a viable price.

Having made appeals to various government bodies, the affected automakers have now received some reprieve, with the BIS stating it will defer the ruling for one more year. Most automakers are still struggling with COVID-related difficulties as well as adjusting to a number of new rules and regulations. In the long run, however, it would be beneficial to the industry and the consumer to have some level of quality control on automotive glass and other components, be it this legislation or an alternative solution.