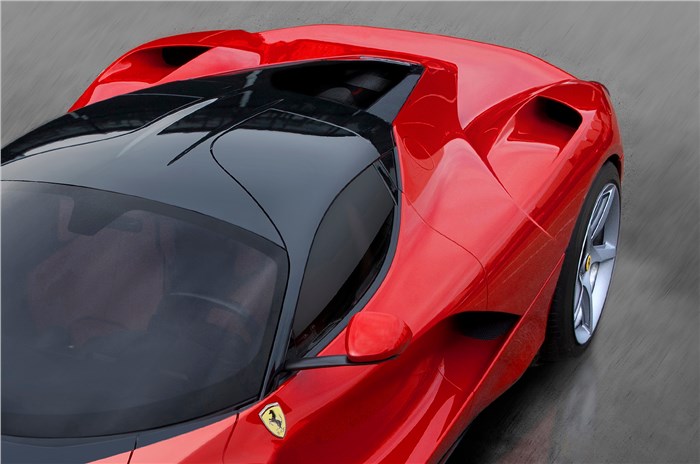 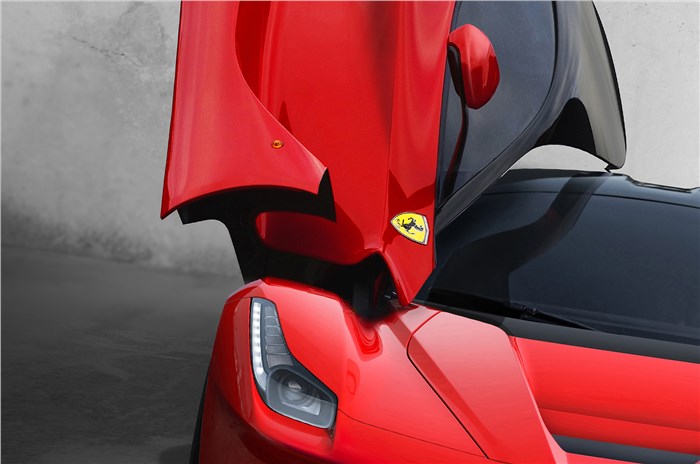 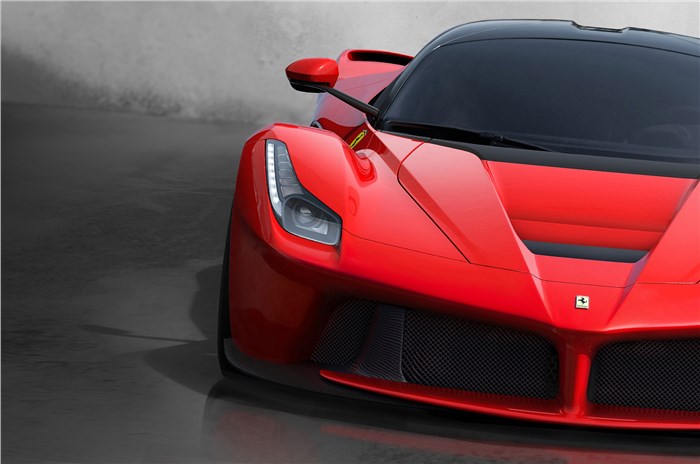 After a series of teaser images, Ferrari has finally taken the wraps of its much anticipated flagship hypercar, the LaFerrari, at the Geneva motor show. Ferrari president Luca di Montezemolo says the company chose the name LaFerrari “because [this model] is the maximum expression of what defines our company – excellence”. 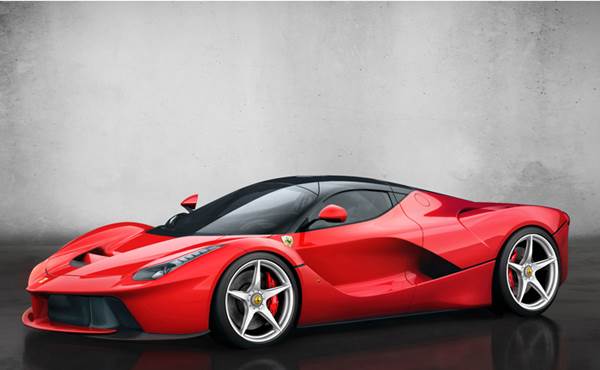 The mid-engined car is Ferrari’s first production hybrid, combining a 789bhp 6.3-litre V12 with a 120kW (the equivalent of 161bhp) electric motor, for a total output of 950bhp. The direct-injection V12 is a development of the engine in the F12 Berlinetta, producing its max power output at 9000rpm and redlining at 9250rpm. The combined torque output is in excess of 91.8kgm, produced at 6750rpm, and transferred to the wheels via a seven-speed, dual-clutch gearbox. Ferrari says this gets the LaFerrari from a standstill to 100kph in less than 3sec, 200kph in under 7sec and 300kph in 15sec. It is also a full 5sec quicker around the company’s Fiorano test track than its predecessor, the Enzo, and 3sec quicker than the current fastest Ferrari, the F12 Berlinetta.

Ferrari’s hybrid system, called HY-KERS, was developed with the full technical input of its Formula 1 programme, and the electric motors were developed in collaboration with specialists Magnetti Marelli. The floor-mounted battery pack weighs 60kg, and is located within the wheelbase, as are all the powertrain components, to achieve a 41:59 front-to-rear weight distribution. There is also a second electric motor to power the car’s ancillaries.

The batteries are recharged not only during braking, but also when the V12 is producing more torque than required – the system converts this excess torque into energy and stores it in the batteries. In fact, the electric motor is coupled directly to the gearbox to ensure that both power delivery and recharging occur as efficiently as possible. Despite the performance benefits of the hybrid system, its more apparent purpose is to improve efficiency and reduce emissions, and Ferrari claims the LaFerrari emits 330g/km of CO2 in the combined cycle. However, the car cannot be switched to electric-only mode like its rival the McLaren P1 can. 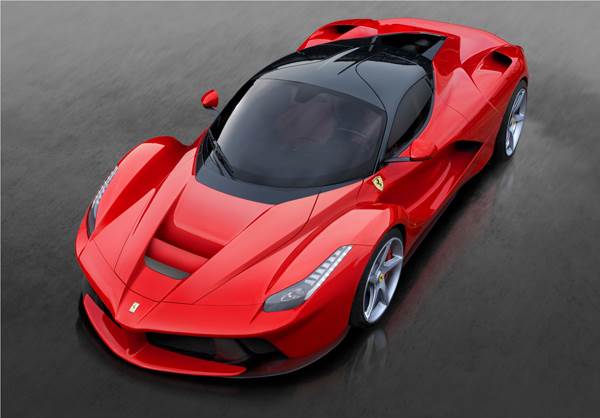 The LaFerrari’s chassis is made from four different kinds of carbon fibre and various components like the seats and battery housing are integrated directly into the chassis for maximum torsional rigidity and beam stiffness. The seats are non-adjustable and tailored to each car’s owner during customisation, while the steering and pedals are adjustable instead. There are also active aerodynamic aids in the bodywork that are controlled by the car’s onboard computer. The LaFerrari also features magnetorheological adjustable dampers, the company’s latest EF1-Trac traction control system, and a third-generation E-diff electronic differential.

Like 2002’s Enzo, technology used in the LaFerrari is expected to filter down into the company’s other road cars over the years, so don’t be surprised if HY-KERS makes its way to the company’s next generation of ‘everyday’ models. Ferrari will only produce 499 units of the LaFerrari, and each will cost €1.3 million (Rs 9.29 crore), and many are already believed to have been sold.