The dashcam uses a smartphone app to relay live video feed and GPS location from the cameras. 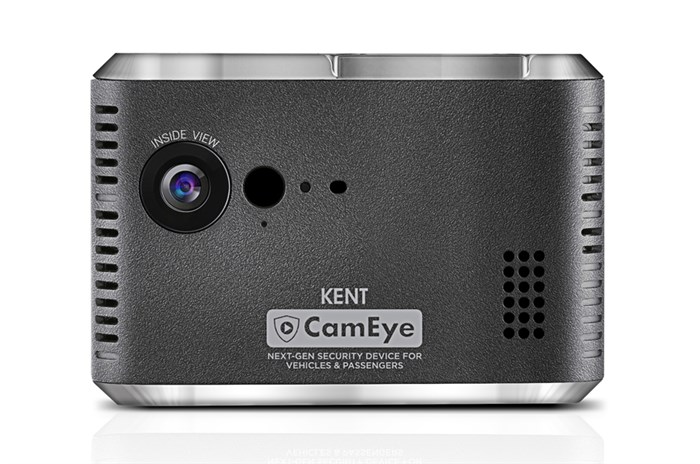 Kent RO is entering the automotive security space with its dashboard camera offering, the Kent CamEye. The CamEye features a dual-camera layout that captures what’s happening inside and outside the car. The dashcam utilises 4G connectivity to provide a live feed from either cameras, along with the real-time GPS location of the car and also allows playback of the car’s route on the map.

All these features are accessed via an application that is available on both Android and iOS devices. According to Kent, the cloud feature, which is a subscription-based service, securely stores up to 90 days of captured footage, travel routes, etc., and can be accessed by the user via the application. Each device can also be accessed by multiple users.

According to the company, the CamEye also uses Artificial Intelligence to detect unusual activities in the car. It has facial recognition capabilities that can alert the user if an unknown person is driving the car. It can even detect whether the driver is sleeping with the AC on in the car or if someone is trying to obstruct the camera.

The device itself comes with a 3000mAh internal battery as well as 8GB of in-built memory. This allows it to run for a limited duration, even when unplugged, and locally store a certain amount of data. The device also comes fitted with its own set of sensors that include GPS, temperature, accelerometer, and light. All this means that there is no need to connect the CamEye to the vehicle’s OBD port or hardwire it to the power supply; it also means that it is compatible with all makes and models of vehicles.

The Kent CamEye is priced at Rs 17,999 and come with a launch offers of three months of free subscription for the cloud features, after which the user has to pay a monthly/ annual fee to continue using the device features. The subscription cost range from Rs 450 - 600 per month or Rs 4,500 – 6,000 per year. It can be purchased from Kent directly or it can also be purchased online via Amazon.in.