Jeep to expand India range to five SUVs by 2020 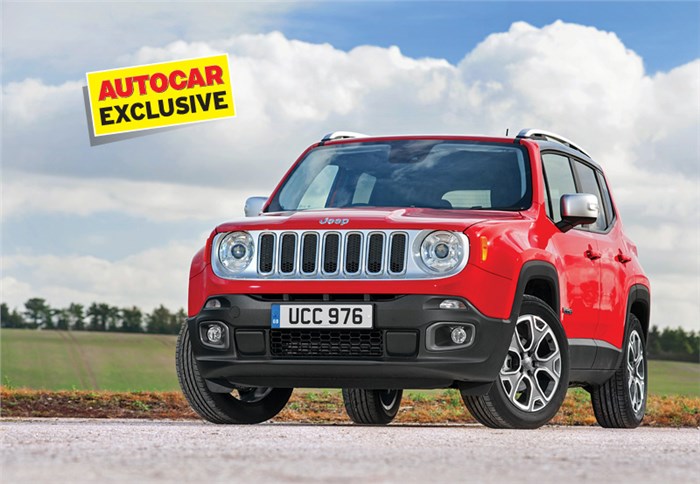 Smaller SUVs, including an all-new, made-for-India sub-four-metre model in the works.

Jeep’s return to India after over 20-year hiatus, with the launch of the Grand Cherokee and Wrangler, didn’t start off on the right foot. Full customs duties on both these imported models gave sticker shock to all those who had queued up for the American icons. The response, or rather the lack of it, gave a shock to Fiat-Chrysler Automobiles (FCA) as well. But that was a good thing.

Stung by how price-sensitive this market is, FCA is doing everything to ensure that it is as cost-competitive as possible with the Compass, on which the manufacturer's future in India hinges. The Compass is a make or break model for it and, hence, a very aggressive pricing is planned to make it a success.

FCA is relying on huge economies of scale to keep costs down. The company has an ambitious target of producing 47,000 Compasses in the first full year of production, of which around 25,000 will be exported to right-hand-drive markets around the world and the balance will be for domestic sales.

The Compass range itself will expand with more variants being rolled out, including a ZF-sourced nine-speed auto gearbox mated to the 2.0-litre diesel. The hardcore Trailhawk version is also likely to be introduced.

Joining the Compass in the second half of 2019 will be the Renegade (Code: 526), a smaller SUV that will be more of a Creta rival. Powering this small SUV will be the same 1.4 Multiair and 2.0 turbo-diesel engines. In the interest of model hierarchy, it is likely that the Renegade may get the lower-powered 140hp version of the diesel engine.

The Renegade, which was globally launched in 2015, will be almost halfway through its life cycle when it comes to India and, hence, is expected with a facelift. FCA considered making serious design changes to the rather boxy, neo-retro shape to bring it more in line with Indian tastes, but this was deemed too expensive for the volume base here. Speaking of which, though the Renegade will be cheaper than the Compass, it may not sell in higher numbers as it is in a far more competitive segment.

The big news, however, is that Jeep is working on a sub-four-metre SUV (Code: 515) specifically for India, although this compact SUV would also find a market in Brazil and Russia. Jeep hasn’t yet given it the green light as the cost targets are proving to be a huge challenge.
A big issue is sourcing a suitable diesel motor, which would have to be under 1.5 litres to avail of the ‘small car’ tax benefits. Fiat’s ubiquitous 1.3 Multijet would be underpowered and, besides, it is likely to be phased out once BS-VI emission norms kick in. A better option is Fiat’s ‘Family B’ engine with capacities ranging from 1.6 to 2.0 litres. This motor powers the Compass and the big advantage is that it will be locally produced as well. It’s possible to downsize a 1.6 Family B motor to 1.5 litres but the 515’s volumes won’t justify the engineering costs. Fiat is still working on ways and means to make the 515 feasible, which, according to company sources, is likely to become a reality if Jeep’s volumes pick up seriously in India.

FCA’s future in India now entirely depends on Jeep and the company is hopeful that a fresh start with a fresh brand will finally get rid of the baggage that has dogged this company for the past 20 years.