The smallest SUV from Jeep will get petrol, diesel, 4x4 and auto gearbox options. 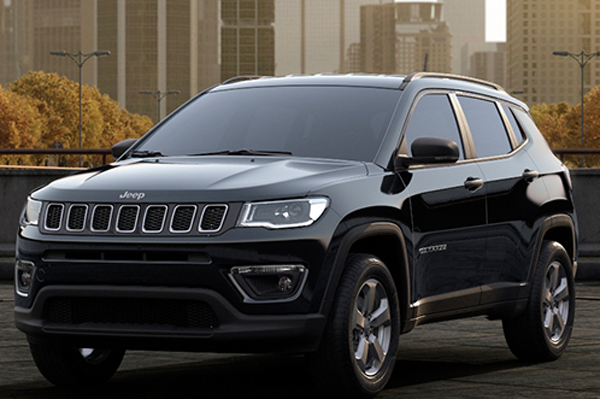 The Jeep brand has been with us for a few months now but it hasn’t really succeeded in making a name for itself thanks to a tiny dealer spread and its highly priced imports finding very few takers. However, with the soon-to-be-launched Compass, Fiat Chrysler Automobiles India (FCA) will be taking the Jeep brand into the larger volume segment of the market and is leaving no stone unturned.

When it comes to new launches, companies generally hold back a few options for later to sustain interest. But given Jeep's situation, FCA will launch the Compass with a comprehensive line-up which will include a diesel, petrol, automatic and a 4x4 drivetrain too.

Although the company is tight-lipped about engine details, we believe the diesel will be the Multijet 2.0-litre four-cylinder engine that should put out 170hp and 350Nm of torque. The automatic gearbox, a nine-speed unit, is likely to be paired with this engine. For the petrol Compass, it will be the high-tech 1.4-litre Multiair engine that puts out 140hp. The engine uses a turbocharger and has electro-hydraulic solenoids between the camshaft and the valve to achieve precise variable timing. This helps the  engine claim more power and efficiency than a regular variable valve timing engine. True to Jeep's off-roading credentials, the 4x4 system will have a low ratio and a traction management system for various terrains like sand, mud, rocks etc.

FCA will be assembling the Compass in India for the domestic and export markets and the vehicles will come with a high level of localisation. The diesel engine is also expected to be used in Tata’s upcoming Q501 SUV.