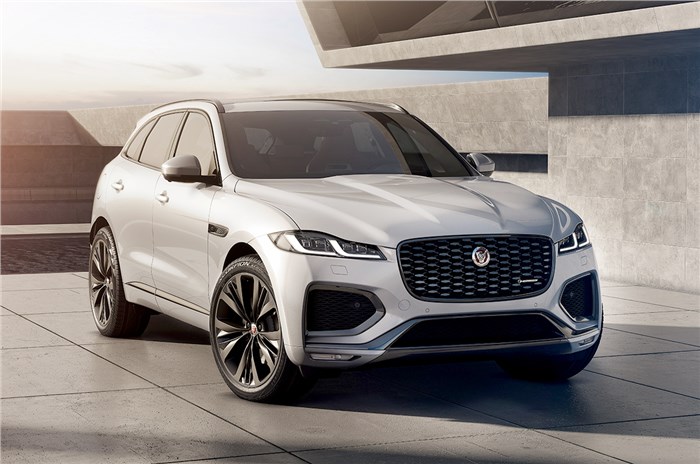 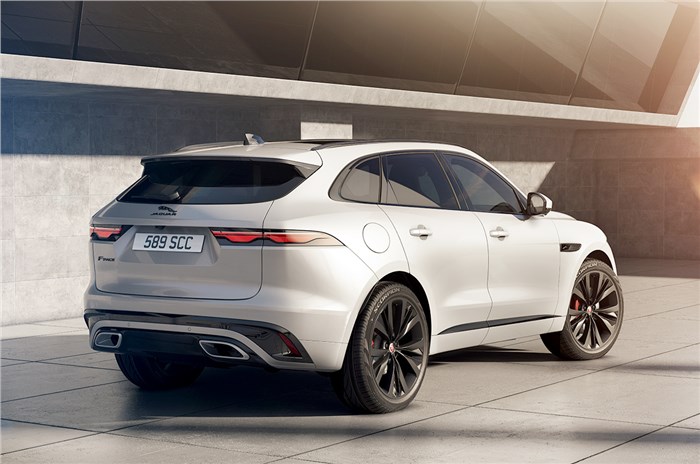 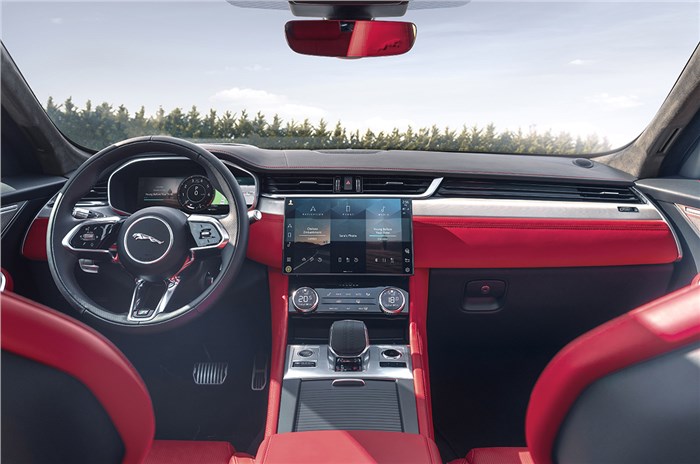 The updated Jaguar F-Pace SUV has been revealed, ahead of it going on sale in international markets in late-2020. As part of the updates, the F-Pace sees the addition of a new plug-in hybrid variant, an overhauled interior, and cosmetic changes to the exterior.

What’s different on the outside?

Take a closer look at the updated F-Pace and you will notice that the LED headlamps and tail-lights are now slimmer than on the outgoing model. The diamond-mesh finish grille is now more prominent while the front and rear bumpers are new. Other changes include a new bonnet that extends all the way to the grille and Jaguar leaper emblems on the vents on the front fenders.

Jaguar exterior design boss Adam Hatton said: “We’ve had a good era [of design] from 2013’s F-Type and a generation of cars that came from that. This F-Pace refresh is a step towards what we’re talking about for the future.”

What’s new inside the cabin?

The F-Pace’s cabin is where the most attention has been paid. The dashboard is an all-new unit that features extensive use of leather trimmings. Taking pride of place in the centre console is a new 11.4-inch tablet-like touchscreen infotainment system, below which are nestled control surfaces, which are also new, for the climate control system. A big addition to the F-Pace though is that it now uses the company’s new Pivi Pro infotainment system that debuted on the Land Rover Defender.

Other changes to the cabin include new headrests embossed with the Jaguar Leaper emblem, new interior trimmings, the steering wheel from the I-Pace and a new gear selector, among others. There is also more room in the centre console for both the cupholders and, with no manual gearbox to intrude on space, a new, lower stowage section.

There is more tech on offer, too, including over-the-air updates for the infotainment system, wireless phone charging and a cabin air ioniser.

What engines are on offer?

There are six engines on offer, including four mild-hybrids and a new plug-in-hybrid. All-wheel drive is standard across the range, as is an 8-speed automatic gearbox.

The highlight here is the new P400e plug-in hybrid variant that pairs a 2.0-litre four-cylinder turbo-petrol engine with a 143hp electric motor to produce a combined 404hp and 640Nm of torque and achieves 0-100kph in 5.3sec. The system is paired with a 17.1kWh lithium-ion battery pack that allows the F-Pace to be driven as an EV for up to 53km.

Moving to the other engines, there are four mild-hybrid engine options, including three diesel and one petrol unit in two states of tune. The mild-hybrid petrol engine is a new 3.0-litre six-cylinder unit featuring turbocharging and an electric supercharger and is available in two states of tune – 340hp and 400hp. Also on offer is a non-hybrid entry-level 250hp 2.0-litre four-cylinder turbo-petrol engine.

The mild-hybrid diesels range from a 163hp, 2.0-litre four-cylinder unit to a 300hp, 3.0-litre six-cylinder engine. The six-cylinder diesel mill is also available sans the mild-hybrid tech. Also on the cards is a hot SVR model powered by the same 5.0-litre supercharged petrol V8 as the current model.

Are there any other changes?

Using the same D7a platform as before, the F-Pace “remains one of the most dynamic SUVs around”, Jaguar claims, thanks to chassis tweaks, the passive suspension setup, and configurable dynamics. Jaguar has also tuned the SUV’s dampers, springs, and anti-roll bars on rougher surfaces for better ride quality.

Will it launch in India?

Currently, JLR locally assembles the F-Pace and, in keeping with its international production scheduled, will switch over to the new updated F-Pace soon; expect it to hit showrooms in early 2021. The current 2.0 litre Ingenium petrol will continue to be offered, however, there is no word as yet on the availability of the new powertrains for our market. The hybrids are a possibility, though, given that last year JLR India did state it would introduce a couple of hybrids in India.