The Indian automotive industry’s production has fallen by 14.7 percent in FY2020, making it the lowest performance since 1992. 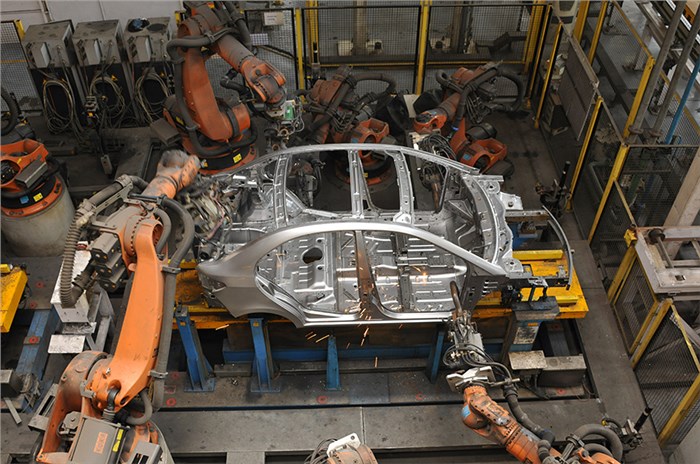 FY2020, as is now well known, was a fiscal the Indian automotive industry would like to forget in a hurry. Eighteen months of continuous slowdown, hugely dampened market and consumer sentiment, no relief on high GST, increased vehicle prices due to the BS6 upgrade and stringent safety norms, and no government-driven incentives whatsoever to rev up the market meant that overall industry sales fell 18 percent YoY to 2,15,48,494 units with all vehicle segments in the red.

With consumer demand diving and also to ensure minimal BS4 inventory while beginning BS6-compliant vehicle production, companies had, midway through FY2020, begun applying the brakes on production. Therefore, it comes as no surprise that total production at Indian manufacturers fell sharply by 14.7 percent to 2,63,62,284 units.

The countrywide lockdown just ahead of April proved to be the final nail in the production coffin, as plants were shuttered at all manufacturers and their suppliers. This constitutes a 28-year low, considering the previous lowest performance coming in FY1992: 20,23,852 units (-11.0 percent), albeit the scale of production and sales over the three decades is now hugely different.

FY1992 was a defining year for India’s economy in general and the automobile industry in particular. The Indian economy, which was long considered dirigisme (state controlled), had just begun to open up, though it took some years before the benefits started trickling in. It was also the period when the country witnessed one of its worst communal riots and the subsequent serial blasts, which crippled the economy.

Thus, it was that the automobile industry recorded a YoY sales decline of 11 percent. As per data collated by the CARE Ratings' Centre for Monitoring Indian Economy (CMIE), PV production in FY1992 was 1,97,920 units (-9.7 percent). With the country and economy returning to normalcy in FY1993, the post-1992 era is considered to be the second phase of foreign direct investment, one which saw the entry of new players as well as existing manufacturers expanding their operations.

With the countrywide lockdown still in place, resumption of production for manufacturers, including the entire supply chain, will prove to be a challenging affair. These challenges would include staggered plant opening, adherence to safety and social distancing norms and healthcare support, among others.

Nonetheless, some manufacturers are aggressively working at planning their operations’ restart. Bengaluru-based Toyota Kirloskar Motor, which has access to Toyota's global best practices and years of experience, has published a comprehensive ‘Restart Manual’ as a guide for industries to follow once the lockdown is lifted, albeit gradually in some places. A team of cross-functional experts have gone into the minutest details of various operations and created a Standard Operating Procedure (SoP) that would ensure the safest possible restart to manufacturing by securing the workers from any health hazards.

That's the multi-crore rupee question which depends on a number of factors and the new normal of 'social distancing'. Will car buyers shun dealer showrooms and accelerate their drive to the digital world, leading manufacturers and dealers to rejig their sales strategies? Will cars see a new sales surge because commuters who can afford to buy new cars will shun shared mobility and public transport? There are a lot of questions but few answers at this stage as India and the Indian automotive industry deal with a new dynamic.