The Turtle Wax Modern Classic Rally in association with Shaman Young Timers and Autocar India witnessed over 50 cars in participation! 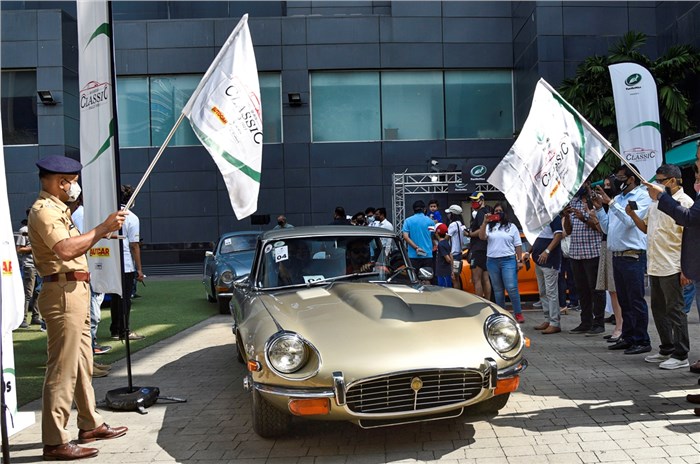 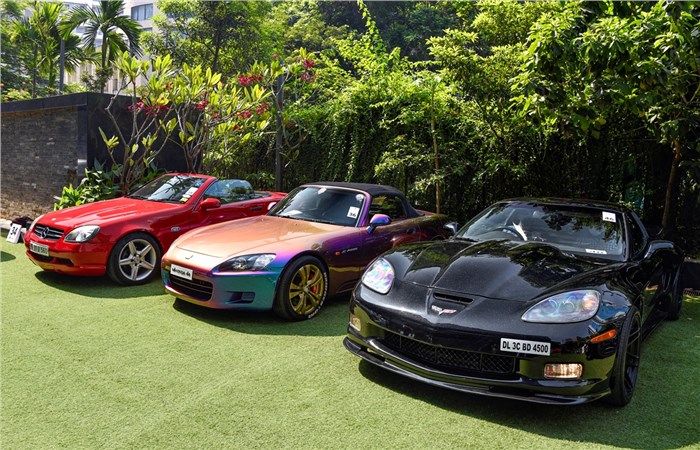 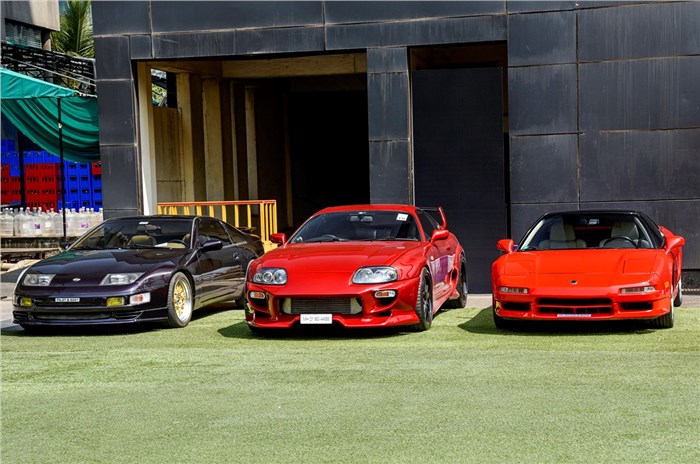 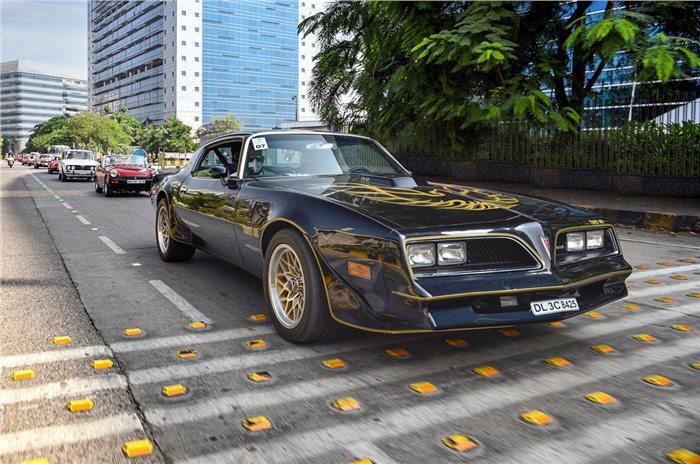 Mumbai witnessed a Sunday unlike any other, with cars you grew up dreaming about taking to the streets. The Turtle Wax Modern Classic Rally (TWMCR), in association with Shaman Young Timers and Autocar India, went beyond its concept as a rally and proved to be the culmination of a movement celebrating iconic cars that represent old-school engineering and modern performance standards.  The rally was flagged off by Mr. Somnath Gharge, the Deputy Commissioner of Police (Traffic), Mumbai, west region.

The event was the first of its kind to be held in India and marks the creation of an entirely new class of inspirational automobiles. With cars from the ‘70s, ‘80s, ‘90s and even the early 2000s, the TWMCR saw over 50 entries, each representing their era in all their shining glory. All-time greats such as the Dodge Viper, Ferrari 348, Honda NSX and the BMW 325i (E30) rubbed shoulders with globally popular modern classics such as the Mazda Miata and Mercedes-Benz SEC, while unique exotics such as the Aston Martin DBS, Alfa Romeo Berlina 2000, Citroen DS and Jaguar E-Type charmed spectators with their timeless looks. Another rare sighting was that of the Maserati Biturbo – the world’s first twin-turbo production car – and in handsome contrast were the legendary SUVs in the form of the Land Rover Defender, Range Rover, and the Toyota Land Cruiser.

The inaugural Turtle Wax Modern Classic Rally was flagged off from the opulent Sofitel hotel in Bandra-Kurla Complex, to which the participants returned after a scenic drive for an elaborate lunch and a felicitation ceremony. The rally, to witness which spectators expectedly turned up in hordes, saw the cars drive in formation from BKC to Bandra Reclamation, up the Bandra-Worli Sea Link leading to the Worli Seaface and back, much to the delight of the car enthusiast community in the city. 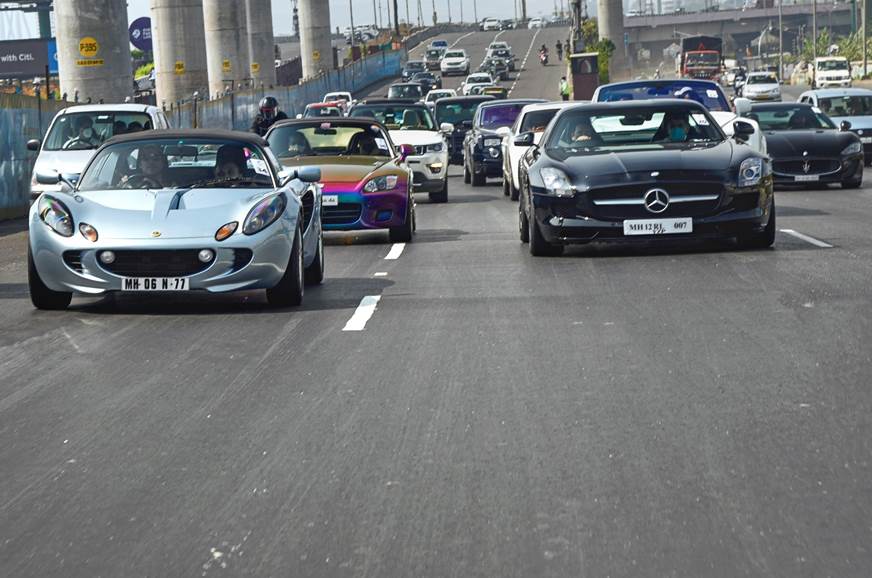 Capturing the essence of the event, an understandably upbeat Perseus Bandrawalla, curator of TWMCR, said, ‘The Turtle Wax Modern Classic Rally is more than an event – it’s a movement. Modern Classics, which are essentially cars produced from between 1970 and the early 2000s, are not only of immense collectible value but also delightfully involving to drive. These are cars we are nostalgic about, having grown up dreaming about them, for the performance benchmarks they set in their time and for showcasing engineering possibilities far ahead of their times!’

Classic car aficionado Viveck Goenka, in attendance at the event with his Citroen DS, Jaguar E-Type, Ford Mustang and the aforementioned Defender said, ‘Modern Classic cars from the 1970s and 1980s are very special to me for their nostalgic value. This generation of cars are absolutely rewarding to drive in contrast to today's cars that, instead, drive you with all their driving aids! What I enjoy most about my cars which fall under this category is that they ooze a classic old world charm and, yet, are easier to drive and live with than thoroughbred vintage cars’

Himanshu Gondal, a known collector of perhaps some of India’s finest automobiles was also present with his monstrous Dodge Viper – the only one of its kind in the country – which evoked gasps in abundance at the event.

A particularly evocative tale, perfectly representative of the spirit of modern classic enthusiasts, came from the founding member of the Shaman Youngtimers Club, Rayomand J Patell. ‘As a 70s kid myself, seeing a Mercedes-Benz SEC for the first time in a magazine blew my mind. I have a very faint memory of spotting an SEC as a pre-teen by twilight and thinking, ‘Oh my God, that’s a spaceship!’ Thirty years later, I was racing to a meeting and saw one by the side of Tulsi Pipe road. I was so moved I went back to the spot at midnight and just stared at it for many hours. I just had to save it, even if many had said it was a car that couldn’t be saved. That's the story of Vader, my all-black 1989 SEC. Seven years ago, saving a Modern Classic didn’t really mean much to anyone or make any sense, but I’m so glad I did because I think the C126 SEC is the best car Mercedes made and is eminently fun to drive, too!’.

In addition to the spectacular assortment of cars, car-care giant Turtle Wax put on a meticulous demonstration on car care, appreciated hugely by car owners present at the event. Speaking on the occasion of this milestone event, Sajan Puravangara, managing director, Turtle Wax India said, ‘This is a great initiative by Autocar India and Shaman Young Timers and it’s great to see this tremendous turnout of modern classic cars. At Turtle Wax India, we represent the ultimate in car care and we are proud to be a part of the Modern Classic movement’.

The first edition of the Turtle Wax Modern Classic Rally was, needless to say, a huge success, with participants and spectators equally enthralled, and it’s now your turn to tell us which of the lot was your pick. It’s alright – we know you just can’t pick one!