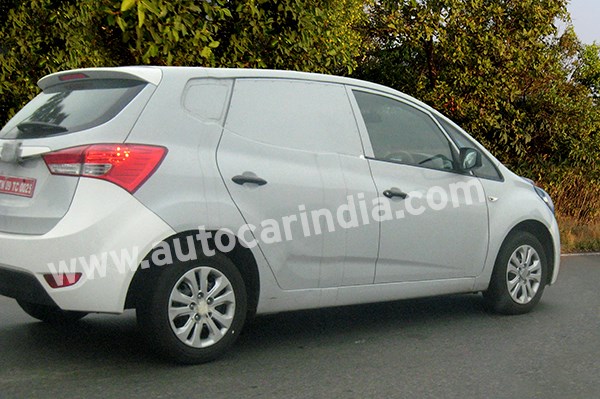 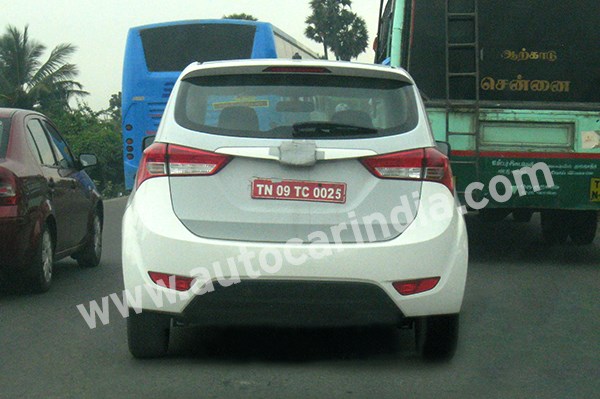 Hyundai first made its intentions for an MPV clear way back at the Auto Expo in 2012, when it revealed the Hexa Space concept. Testing then began shortly after, and we broke the story way back in February 2014, with images of a couple of test mules doing the rounds on Indian roads. Now, at the launch of its Creta SUV, the company has confirmed that development of the MPV, which will rival the Maruti Ertiga and Honda Mobilio, is underway.

Known for now by its internal codename ‘IP’, this new MPV will share a lot of components with the Creta SUV. However, it will use a lower-cost platform and underpinnings – a hybrid of various platforms that could even borrow some components from cars like the Grand i10. In fact, this modified, lower cost version of the Creta platform could spawn more models in the future. Initially, the car will use the 1.4-litre petrol and diesel engines from the Verna, which make 105bhp and 89bhp respectively, but the 126bhp 1.6-litre diesel and 121bhp 1.6-litre petrol could be introduced later. Hyundai also wants to get an automatic gearbox into this MPV as soon as possible to make sure it gets a first-mover advantage.

The test mule you see in the photos is a very early-stage prototype and others have been spotted more recently with a more production-ready body under heavy camouflage. If these spy photos are anything to go by, however, you can expect a lot of room inside the new Hyundai MPV. We expect not only ample passenger space, but also a flexible interior with sliding seats. This ‘adjustable interior’ format is something both Maruti and Honda have used to great effect to maximise space in their MPVs, the Ertiga and Mobilio.

What’s also interesting is that Hyundai is toying with the idea of a sub-four-metre compact SUV to sit below the Creta and take on the Ford EcoSport. The smaller size, of course, would allow for a more aggressive price, and this car will share the lower-cost platform with the IP MPV for a further price advantage.