Facility will initially be available for commercial users with heavy diesel consumption in surrounding areas of Uran in Maharashtra. 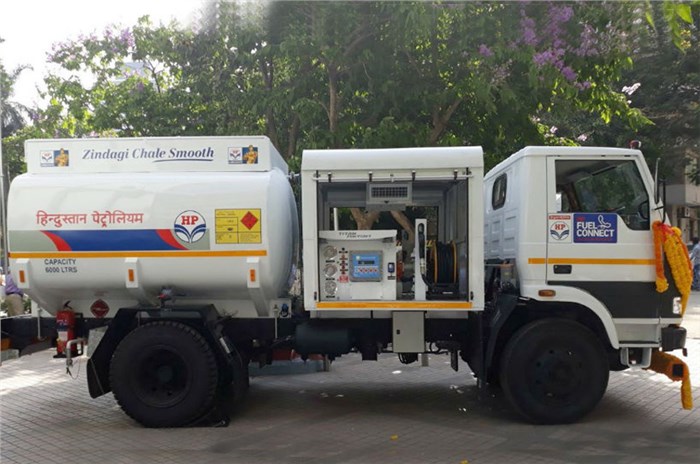 Hindustan Petroleum Corporation Limited (HPCL) has launched doorstep delivery of diesel in the surrounding areas of Uran in the Raigad district of Maharashtra. According to the company’s press release, ‘HP fuel Connect’ will be delivering diesel to select customers having fixed equipment or heavy machinery within their premises. The service will be expanded to other parts of the country as well in the near future.

HPCL will be using mid-sized trucks loaded with a storage tank and dispenser and the system will be equipped with safety features like bottom loading with jet sensor and pre-check valve, high and low level sensors, nozzle boot interlock, and more, to avoid any mishaps. This would be useful to those customers who transport diesel in barrels for commercial use. Other features on the delivery system include RFID tagging, GPS tracking and Geo fencing.

Previously, in the month of March, Indian Oil Corporation Limited (IOCL) had initiated the diesel home-delivery service in Pune, which was the first of its kind to be approved by the Petroleum and Explosives Safety Organization (PESO). Last year, Oil Minister Dharmendra Pradhan said that doorstep delivery would help customers avoid spending time in long queues at fuel stations.

HPCL believes that the facility will help customers save time and additional costs, avoid fuel losses and ensure a hassle-free safe delivery of diesel at their premises.