With new safety and emission norms set to come into effect in the months to come, Honda has ended production of the Brio hatchback; Amaze to be brand’s entry-level model. 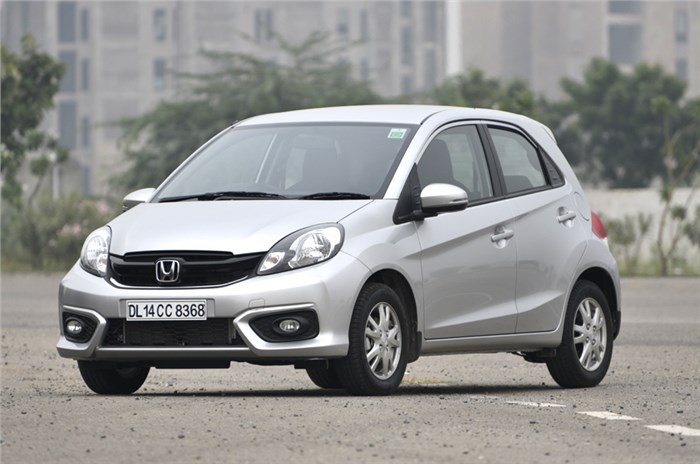 It was touted as the car that ‘loves you back’, but all said and done, the Honda Brio’s love affair with India was pretty one-sided. Having made its debut as the Honda New Small Concept at the 2010 Auto Expo in Delhi, the Brio went on sale in India the subsequent year, and now, having been in production for a little over seven years, the time has come for it to be put to rest. We broke the news earlier this month as part of our larger ‘Cars that will soon be gone forever’ story, and now it’s official – the Honda Brio has been discontinued in India.

Confirming the Brio’s demise, a Honda spokesperson told Autocar India, “Production of the Brio has been stopped. The Amaze will now be the entry-level model from Honda.”

While the Brio is still listed on Honda Car India’s website, the spokesperson confirmed it will be gone from the site once dealerships have sold remaining stocks.

Launched in India in September 2011, at a starting price of Rs 3.95 lakh, the Brio was a peppy, chic little hatchback, but its hit-or-miss styling, limited interior space and small boot meant the Indian masses never truly fell for Honda’s most affordable car.

It even received a midlife update in 2016, but at its price of Rs 4.73-6.81 lakh (ex-showroom, Delhi), the Brio was stepping on the toes of bigger, newer models, and that showed in its sales performances. Honda could only sell 2,277 units of the Brio in all of 2018, with a measly 45 units being sold between October and December 2018. To beef up the Brio to meet the new safety and emission norms made no sense, as there were hardly any takers for it, and so, Honda has pulled the plug on the small hatchback.

The second-generation Amaze – which will be Honda’s new entry-level model in India – has already made an impact in the compact sedan space. Launched in May 2018, the Amaze has found over 63,000 takers in under a year.

Having discontinued the Brio, Honda won’t return to the budget car space in a hurry, and also won’t bring the second-generation Brio – unveiled last year – to India.

Think Honda should stay away from the budget car space entirely, or would you like to see the company have another crack at it? Let us know in the comments.