Hennessey claims the Mammoth 1000 TRX, which is based on the Dodge Ram 1500, is the fastest accelerating pickup ever produced; limited to 200 units. 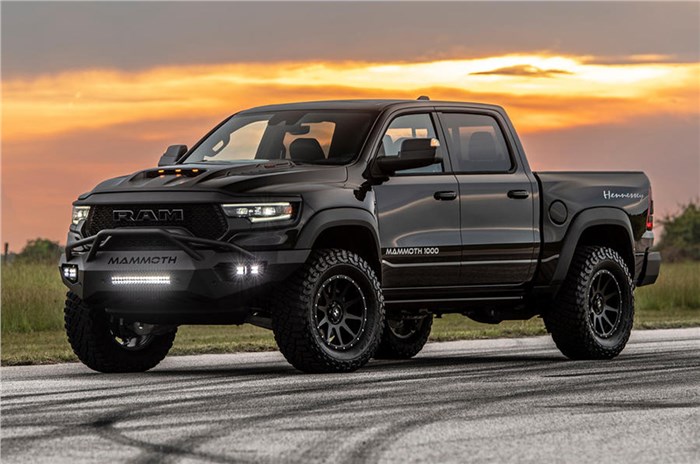 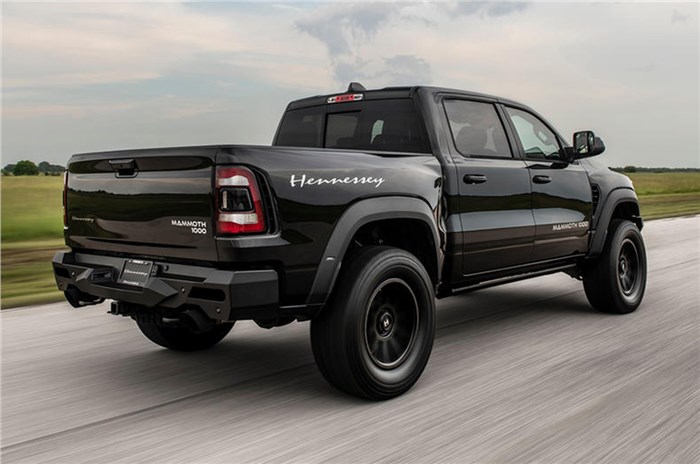 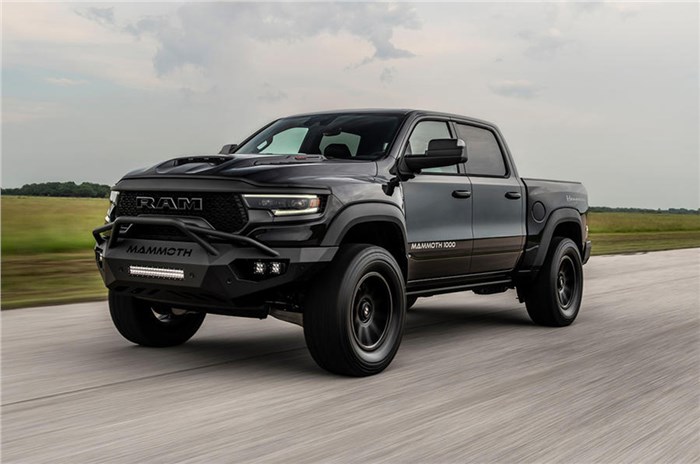 The Hennessey Mammoth 1000 TRX pickup is the latest, heavily tuned vehicle to be revealed by the US tuning firm. Based on the Dodge Ram 1500 TRX, the Mammoth 1000 TRX is powered by a 1,026hp, 6.2-litre, supercharged V8 engine and is claimed to be the most powerful and fastest-accelerating pickup ever produced.

Company founder John Hennessey said: “Why have a 1,000-horsepower pickup truck? Because we can.”

The Mammoth 1000 TRX uses a heavily upgraded version of the Ram 1500 TRX’s supercharged Hellcat V8 engine. Hennessey has fitted a new high-flow supercharger, fuel injectors and an induction system, and has also reworked the unit’s calibration. Apart from boosting the power output to 1,026hp, the torque has been increased to 1,314Nm.

Hennessey claims the modifications allow the Mammoth 1000 TRX to achieve the 0-96kph sprint in 3.2sec, with a quarter-mile time of 11.4sec. It will be offered in two stages, with the higher-level models featuring more extensive upgrades, including a crank case ventilation system and a high-flow filtration system.

Other upgrades available as part of the package include custom bumpers, LED lights, a front levelling kit, 20-inch wheels and up to 37-inch off-road tyres, which are designed to add even more presence and performance. They stretch the dimensions of the Mammoth 1000 TRX to 5,811mm in length, 2,090mm in width and 1,970mm in height.

The Mammoth TRX 100 costs around $150,000 (around Rs 1.11 crore), including the stock TRX pickup. Hennessey said that the truck was available for “customers across the US and around the world”.

The Texan firm, which is best known for its range of hypercars including the forthcoming 500kph-plus Venom F5, will produce 200 of the new US market pickups and says it has already received orders for more than half.

Moving to the Indian market, the only way to get one of these pickups would be as a private import, as neither Dodge nor Hennessey have a presence in India.