The move is aimed at encouraging EV production and sales in the country. 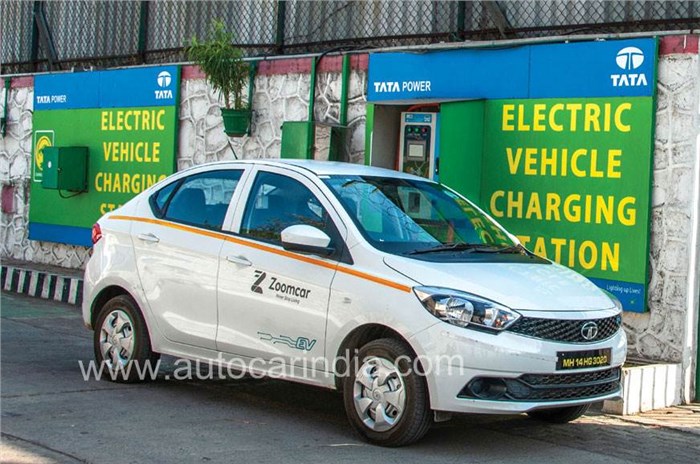 In a move aimed at boosting electric mobility in the country, the Government of India may reduce the goods and services (GST) tax levied on electric vehicles (EVs) from 12 percent to 5 percent. The proposal also calls for reduced GST rates on EV chargers, from 18 to 12 percent, and exemption of GST from fares on electric buses in cities.

Given that EVs are at a nascent stage in India, this step may help increase the production of and demand for electric vehicles. As EV volumes still remain very small in comparison to conventionally powered cars, the government has felt that a reduction of GST rates could incentivize EVs.

The government is looking to encourage the usage of EVs in the country and cut down on the usage of fossil fuels, which in turn would reduce import dependability. At present, GST levied on conventionally powered cars is 28 percent, in comparison to the 12 percent on EVs.

Electric vehicles also get the benefit of compensation, ranging from 1 to 22 percent. Earlier, the BCD (Basic Customs Duty) on imports of EV parts was also reduced to encourage their domestic production.

This move will supplement MoRTH’s recent proposal to exempt EVs from registration charges and the government’s decision to mandate green number plates on the vehicles. The proposal to reduce the tax rate will be discussed at the next GST council meeting.