MoRTH has proposed new rules that will ease the process of re-registering cars from one state to another. 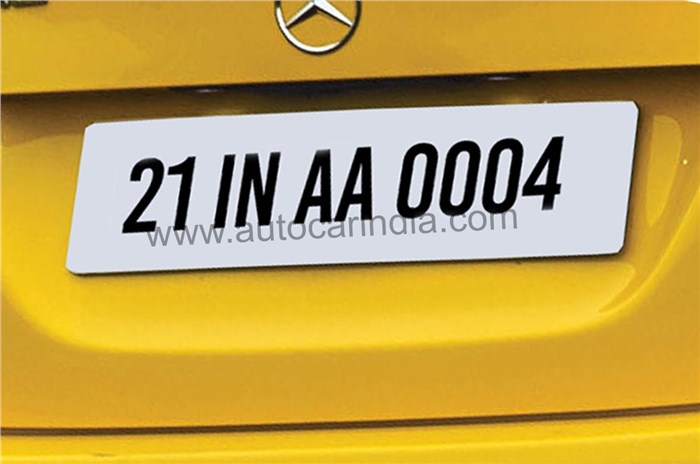 The Ministry of Road Transport and highways (MoRTH) has proposed a new rule that will bring about the introduction of a new registration series for vehicles. The new ‘IN’ series will be a pilot program and is aimed to ease the transfer of registrations of a vehicle from one state to another in case of a relocation.

The draft proposal states the new series will be available to all defence personnel, central and state government employees, central public sector undertakings (PSUs) and private sector companies with offices in five or more states or union territories. The new registration is aimed at easing the processes under Section 47 of the Motor Vehicles Act, 1988 that requires an individual who has moved states to re-register their car to the state they have moved to, after 12 months of having moved there.

The current process is complicated and involves getting a no-objection certificate (NOC) from the parent state to the new state, and an application for a refund of road tax from the parent state – but only after road tax for the new state has been paid. To simplify this process of road tax, the new IN series will tax a vehicle for a period of only two years and then in multiples of two years moving forward.

This will also mean that the initial road tax on a new car with the IN series, at the time of purchase, will be substantially lower than on a car with a traditional state registration. This will, in turn, reduce the price of a new car. Usually, road tax on a traditional state-based registration in India is calculated for 15 years, which means buyers will have to pay road tax for two years rather than 15 at the time of purchase.

The registration plate format will differ from what we are used to. Unlike standard plates where the state the car is registered in make up the first two letters, the new IN plate will have the year of registration as the first two digits - similar to the format the armed forces use on their vehicles.

The format will be as follows

Government to set up new National Road Safety Board

Mumbai to get 12 water taxi routes, 4 ferry services by December 2021