Geely in talks with Daimler to buy Smart 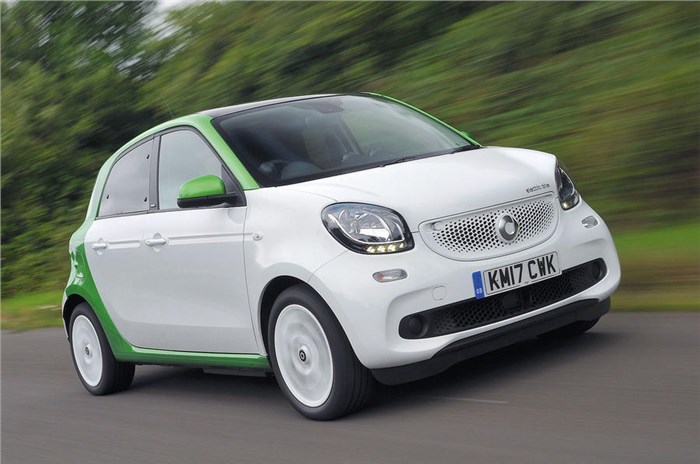 Quoting three separate sources, the Financial Times claims that prior to the start of the 2019 Shanghai motor show in mid-April, Daimler will confirm the sale of a significant stake (up to 50 percent) in Smart – the company's city car division. To this end, the UK-based business newspaper reports that Daimler is in talks with Hangzhou-based carmaker, Geely.

So far, spokespeople for both Daimler and Geely have declined to comment on the information contained in the Financial Times report.

Last year, Geely became Daimler’s largest shareholder (9.7 percent) last year. The Chinese carmaker's move to secure a stake in Smart appears set to strengthen ties between the two carmakers. They have already announced plans for the establishment of a premium ride-hailing service, which is planned to be headquartered in Hangzhou, China.

The immediate future of Smart has been the subject of intense speculation ever since Daimler announced that after 13 years at the helm of the German city car brand, chairman Dieter Zetsche would be step down from his role in May 2019.

Recent speculation suggested Daimler was preparing to alter its business activities for Smart under its new chairman, Ola Källenius. This led to announcement that it was in talks with “several possible co-operation partners” as it worked to establish plans for its next-generation models which, as the company has already confirmed, will be electric-only.

The 65-year-old Zetsche has been a strong champion for the city car brand in his time as its chairman, having been instrumental in its creation and development over the past 25 years. In comparison, Källenius is said to hold less enthusiasm for this loss-making division, which currently sells three models: the Fortwo city car, the Fortwo Cabrio and the Forfour supermini.

Smart was established in 1994 and has regularly struggled to post a profit due to the slim margins of its limited range of urban-focused models. In 2018, Smart contributed just 1,28,802 of Daimler's 23,10,185 global sales – a mere 5.57 percent. Mercedes-Benz doesn't quote separate profit results for the Smart brand, but it's thought to have failed to generate a profit in each of the years of its existence.