Based on the new-gen Mahindra XUV500, the SUV will offer good value and Ford’s driving DNA. 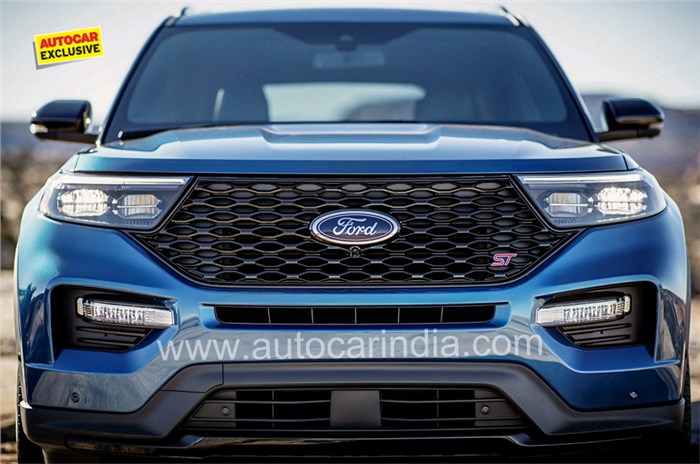 Ford’s partnership with Mahindra is wide-ranging in its scope. The two carmakers have been talking about everything, from engine and platform sharing to SUVs, sedans and even electric cars. And the big news is that we are likely to see the first fruits of this partnership by the end of 2020. Made specifically for India and our low-cost environment, Ford says its new C-segment SUV will deliver a bonafide Ford SUV experience at a very competitive price.

Why it is likely to succeed is because it isn’t merely a badge-engineering exercise. Far from it, in fact. Unlike the all-new XUV500 or W601, which is currently being co-developed by Mahindra and SsangYong, Ford’s version will have an all-new exterior, a new interior and even a slightly different (and improved) chassis. “It will drive like a Ford,” insist insiders.

On the outside, only the doors, windows and windscreen are expected to be common between the two carmakers’ SUVs. Ford’s C-SUV is likely to have a large cowl, a wide Ford grille, the design may feature slender, high-mounted headlamps, and get nicely fleshed-out wheel arches. Ford’s version is also likely to come with larger and wider wheels, LED lights and a bit more cladding.

The C-SUV will also have a different dash and instrument console. Sources in the industry say that “the look and feel of the insides will be quite different,” and it will also be more upmarket, in comparison. Part-leather seats (again of a different design) are thought to be on the cards, and Ford is expected to launch a seven-seater, as well as a more upmarket six-seater version. Mahindra’s W601 is likely to have longer wheelbase and a larger rear overhang compared to the current XUV500. One thing that the two SUVs will share will be the touchscreen. Based on Ford’s multimedia system that sits a rung below its Sync3 suite, the new system is likely to get a screen similar to that on the lower-spec EcoSport, but with several upgrades.

However, the Ford C-SUV will share engines with the next-gen XUV500. Mahindra is developing an all-new, state-of-the-art 2.0 litre diesel motor to power its future line-up of large SUVs. This new motor, which will be fully BS-VI compliant, will be introduced after April 1, 2020, when all cars sold in India will have to meet BS-VI regulations. This engine will also come with a 6-speed gearbox sourced from Mahindra. An automatic transmission will be part of the range as well, while traction control, ESP and hill descent control are also expected to be present in the tech suite.

The new Ford C-SUV will be special as it will be the first SUV to be predominantly developed by the India Product Development team at Ford. Yes, there will be a lot of input from APAC PD, based out of Australia – especially when it comes to tuning the springs, dampers and steering – but the bulk of the work will happen out of India, and that will also help Ford price the SUV competitively. There’s no clarity on what Ford will call its new SUV, but one thing’s for sure, the name is likely to start with the letter E, like the majority of its SUVs.